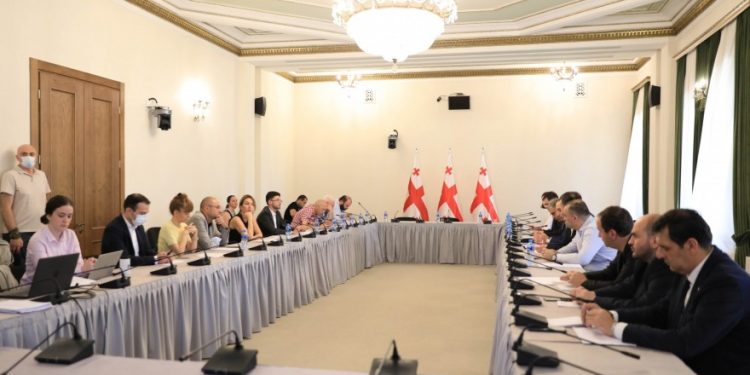 As the Chairman of the Committee and the Head of the Working Group, Anri Okhanashvili notes, the working group aimed to adapt Ukrainian law to Georgian compliance.

“The twelve points put forth by the European Commission include de-oligarchization. Similar proposals were made for Moldova and Ukraine. The European Commission gave Ukraine the instruction to actually put the de-oligarchization law into practice. This indicates that the European Commission views the passing of the law favorably, and that the law now needs to be put into effect. We require an objective benchmark by which we can determine whether the de-oligarchization requirement is achieved. We will use the European Commission’s position on Ukraine as an objective benchmark and, in line with it, adopt the model that the European Commission has demanded be put into practice. For us, this is an undeniable reality, so as to prevent disputes about the document’s content as there is a considerable likelihood that this provision won’t be deemed satisfied in such a situation because the interpretations will be open-ended. Even if Ukrainian law is not perfect, we have established requirements for the implementation of particular issues. The working group intended to modify this statute to Georgian conformance in order to eliminate any suppositions. The process will begin with us drafting the law before moving to the political arena, the committee, and the plenary sessions. At the same time, perhaps by this point, the Venice Commission will reach a resolution regarding the Ukrainian model,” Okhanashvili remarked.