Fill Silence with Your Music – Zelensky’s Address at Grammy Awards 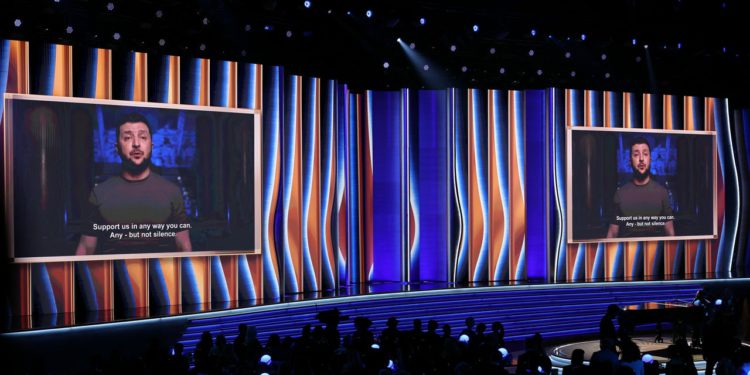 The President of Ukraine, Volodymyr Zelensky, addressed participants at the 64th annual Grammy Awards, asking them to tell the truth about this war on.

“The war. What’s more opposite to music? The silence of ruined cities and killed people. Our children draw swooping rockets, not shooting stars. Over 400 children have been injured and 153 children died, and we will never see them drawing. Our parents are happy to wake up in the morning – in bomb shelters, but alive. Our loved ones don’t know if we will be together again. The war does not let us choose who survives and who stays in eternal silence,” Zelensky said.

He added that their musicians wear body armor instead of tuxedos. They sing to the wounded in hospitals – even to those who can’t hear them.

“But the music will break through anyway. We defend our freedom to live, to love, and to sound. On our land, we are fighting Russia, which brings horrible silence with its bombs – the dead silence. Fill the silence with your music. Tell the truth about this war on your social networks, on TV,” Zelensky stated.