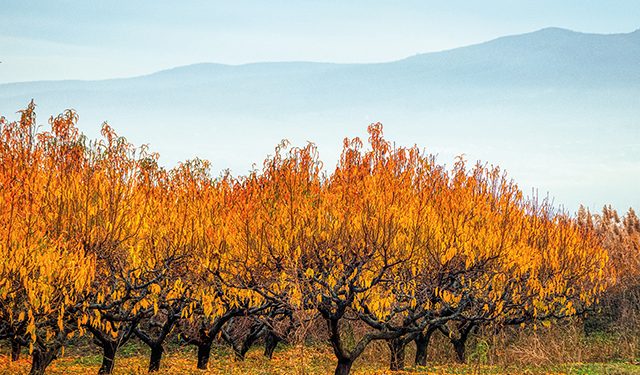 It has been my great privilege, this autumn, to see the season from several different locations in Georgia over more than a month. This has been possible because, given the country’s wide range of altitudes and climates, autumn sweeps through and arrives at different times. First, of course, in the higher, colder places, then descending to the lower and warmer ones. 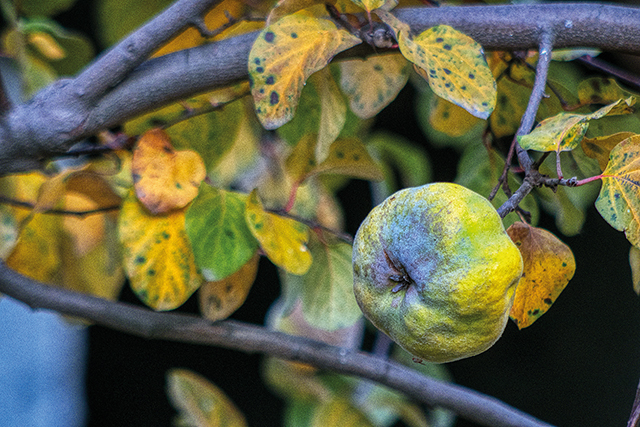 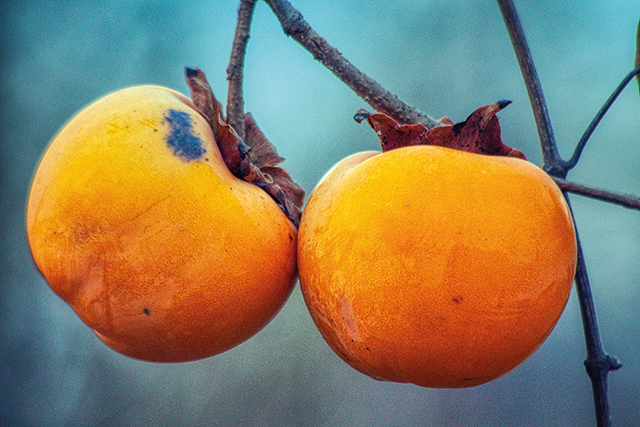 In early October, Racha was mostly yellows and browns against the backdrops of evergreens and lightly snow-dusted mountain peaks. Svaneti came next, all the way through from Ushguli down to Jvari, with more reds mixed into the same tones as Racha, and snow creeping ever lower. It even reached down to whiten our village of Etseri before disappearing the same day, the ground still too warm to freeze under it and stop it from melting. Rinse, repeat; snow to stay could come as late as some time in December. Both provincial locations gave me ample time for photographs, without which I would have been hugely frustrated merely to see all the warm-hued beauty without getting to record it. (Earlier articles show the best of these locations).

Tbilisi has taken me back mostly to the yellows of plane trees, its higher temperatures keeping the leaves up for now, waiting for windy weather which has held back so far. But here came to me an idea for a photographic series which will need some equipment and just the right combination of lucky weather to pull it off. 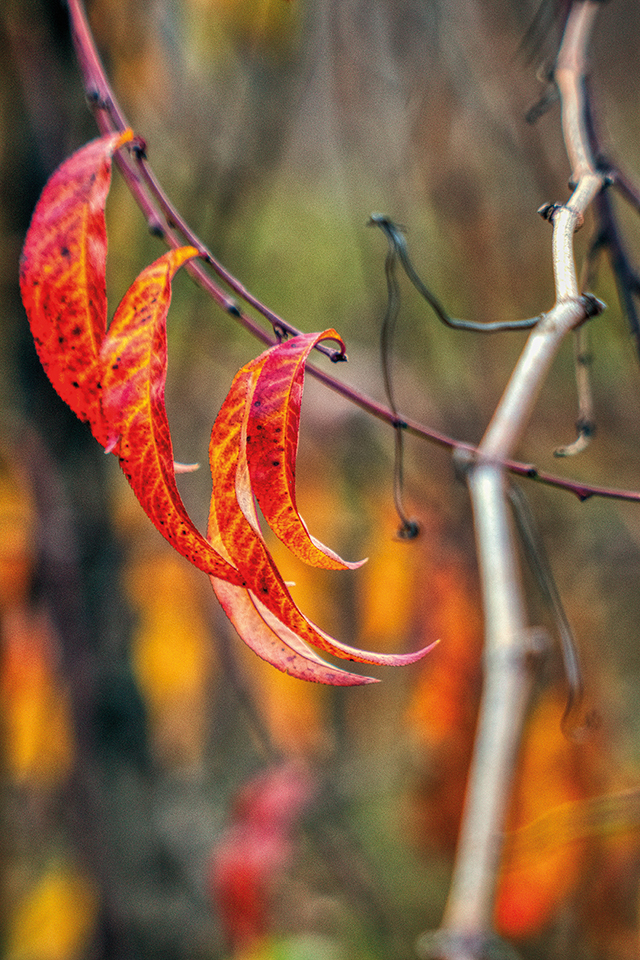 If I put my camera on a tripod and frame a scene of one or more trees losing their leaves in the wind, I can then take many shots of the same thing in quick succession, a few a second. Stacking these successive frames in layers and showing the line of motion of each leaf as they move through the scene, they will become like the similarly stacked trails of birds in flight which have dazzled me and millions of other viewers. You could even animate the thing, and turn it into sheer magic. I hope to try this, and if I succeed, the results will be on display here. 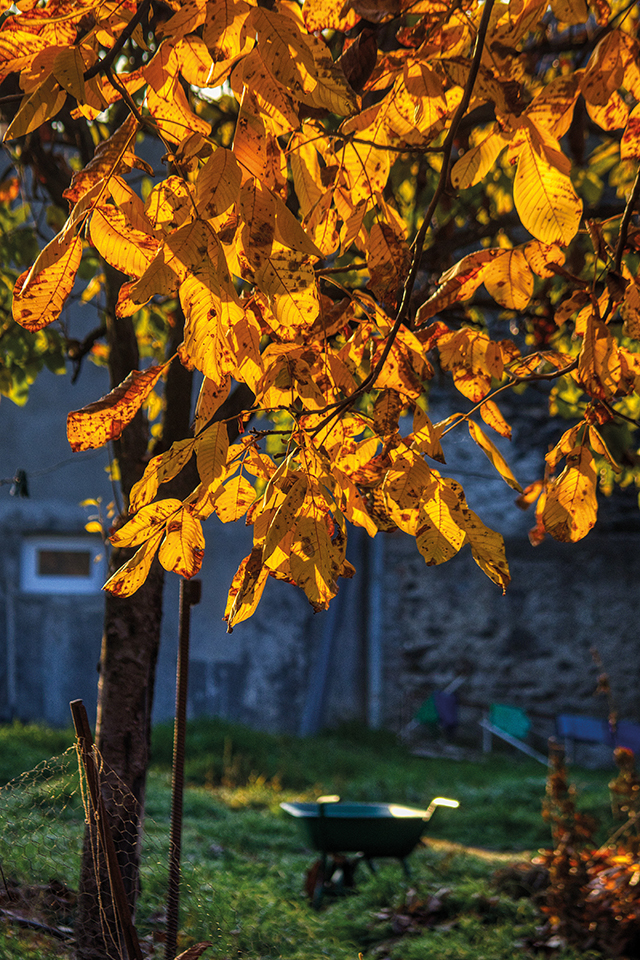 But for now I am in Lagodekhi region, in Kakheti, having driven my wife here to meet her mother and other relatives for a few days. While they do most of the catching up, I will tear myself away after the necessary pleasantries (to which I don’t mind contributing at all) and roam around catching fall here also.
This is also a warmer place, and here I can concentrate on some details. Peach tree orchards with mostly yellow leaves, half still up and the rest fallen in a yellow reverse-shadow, their dark gray branches held to each other with string. Late fruits like barberries, pecans, persimmons and quinces still unpicked. Details of downed leaves, nectarine, walnut, grape, or still just-hanging ones. Forlorn grapevines, bereft, their bunches picked earlier in November at rtveli, the joyful harvest festival. Colors everywhere fully saturated from overcast skies; contrasts not too high in the absence of direct sunlight. 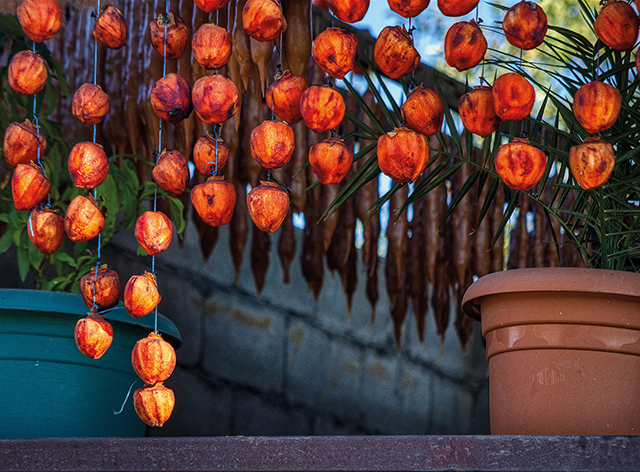 So… autumn’s colors are dominated by the whole warm spectrum. Winter is more about the whites of snow through grays to leafless black, so, monochrome. Spring is the whole green palette, and summer is every color together as flowers compete to show off.

When I drive back to Tbilisi in a couple of days, leaving my wife for further meet and greets, it will be the first time I have ever driven back there from Kakheti alone. I will luxuriate fully in the opportunity to make as many stops and detours as I feel like, with no-one to get impatient with me in my solitary pursuit of photographic magnificence. And be thankful all over again for the gift of autumn pursued at leisure. 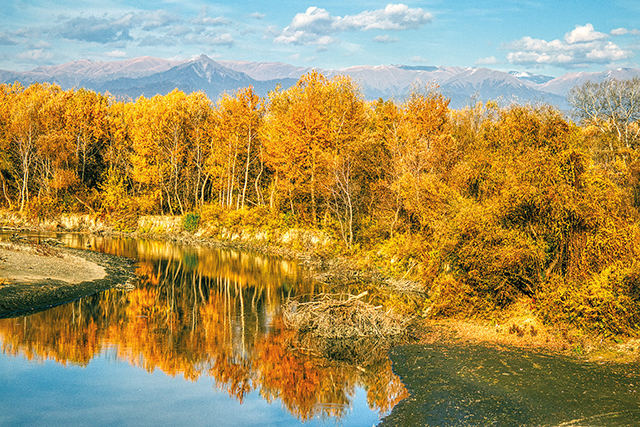