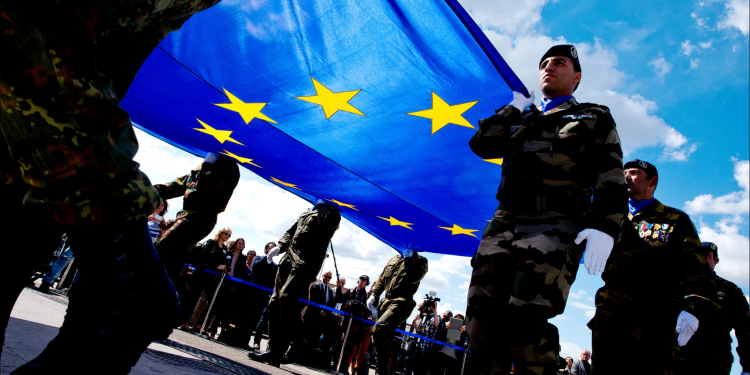 The Council adopted five assistance measures under the European Peace Facility (EPF) in support of Bosnia and Herzegovina, Georgia, Lebanon, Mauritania and in support to the deployment of the Rwanda Defence Force in Mozambique.

The European Peace Facility continues to show its flexibility and effectiveness in responding to our partners’ needs. Today, we have adopted five new assistance measures to support Bosnia and Herzegovina, Georgia, Lebanon, Mauritania and the Rwandan deployment to Mozambique.

These new assistance measures increase the EU’s ongoing support to partner countries in Africa, the Eastern Partnership, and the Western Balkans, and expands the European Peace Facility’s geographical outreach to the Southern Neighbourhood.

The Council adopted an assistance measure worth €10 million to the benefit of the Armed Forces of Bosnia and Herzegovina (AFBiH). This decision is part of the EU’s work to further strengthen its security engagement with its Western Balkan partners.

The EPF assistance measure will strengthen the capacities of the AFBiH by enhancing and upgrading the equipment of its tactical support brigade. Through the provision of appropriate equipment, the assistance measure will also help them to contribute to EU military CSDP missions and operations. It will further allow the swift and sustainable deployment of the NATO designated battalion, whether as part of an EU CSDP mission or operation or under formats such as the United Nations, NATO, the OSCE, and ultimately contribute to the protection of the civilian population.

The assistance was requested by the Minister for Foreign Affairs of Bosnia and Herzegovina in June 2022.

The Council adopted an assistance measure worth €20 million for the benefit of the Georgian Defence Forces.

The assistance measure will strengthen the capacities of the Georgian Defence Forces’ military medical, logistics, engineering and cyber-defence services, by providing relevant non-lethal equipment, supplies and services including equipment-related training.

The latest assistance measure is further proof of the EU’s commitment to strengthen the capacities of the Georgia with the aim of enhancing its national security, stability and resilience.

The Council adopted an assistance measure worth €6 million to the benefit of the Lebanese Armed Forces (LAF).

The assistance measure will enhance the capabilities and the resilience of the Lebanese Armed Forces (LAF) to ensure the national security and stability of Lebanon through the enhancement of their military medical capacities, and the provision of equipment for the LAF’s operational personnel.

To achieve this objective, the assistance measure will finance healthcare equipment to support military medical services, and individual equipment.

The assistance was requested by the Minister of Foreign Affairs of Lebanon in October 2022.

The Council adopted an assistance measure worth €12 million to the benefit of the armed forces of the Islamic Republic of Mauritania.

The assistance measure will enhance the capabilities of the armed forces of the Islamic Republic of Mauritania (FARIM) to better respond to the security threats Mauritania and the region are facing. More specifically, the assistance measure has two key objectives: improving the military capacities of two pre-identified battalions of the FARIM, and improving the in situ medical capacities of the FARIM on the border with Mali, Western Sahara and with Algeria. The support consists in the provision of light boats, individual protective equipment and medical equipment.

Support to the deployment of the Rwanda Defence Force in Mozambique

The Council adopted an assistance measure worth €20 million to support the continued deployment of Rwanda Defence Force in Cabo Delgado province. This deployment started in July 2021 at the request of Mozambican authorities, in response to the ongoing fight against terrorism.

The assistance measure will enable the acquisition of collective and personal equipment, and cover costs related to the strategic airlift needed to sustain the Rwandan deployment in Cabo Delgado.

The EPF was created in 2021 to support partners around the world in the areas of military and defence, and with the ultimate aim of preventing conflict, preserving peace and strengthening international security and stability.