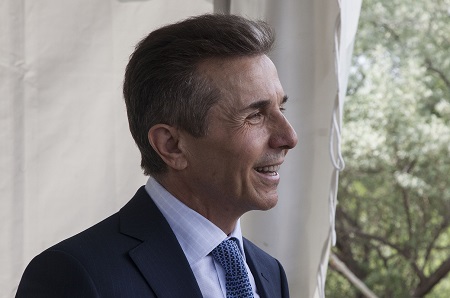 The resolution on the safe environment of media and journalists in Georgia was amended to impose individual sanctions on Bidzina Ivanishvili.

The amendment is accepted and will be included in the text of the overall resolution:

“We are deeply concerned about the destructive role that oligarch Bidzina Ivanishvili is playing in Georgia’s politics and economy, as well as the control he exercises over the Georgian government and its decisions, including politically motivated persecution of journalists and political opponents.” “We urge the Council and the Democratic Partners to consider imposing personal sanctions on Ivanishvili for his role in worsening the political process in Georgia,” the statement said.

The debate on the resolution was held in the European Parliament yesterday. MEPs expressed concern over the deteriorating media situation in Georgia and the security of journalists, intimidation, threats, violence and persecution against journalists.

They called on the Georgian authorities to adhere to the criteria necessary for EU membership, including the rule of law, the independence of the judiciary and freedom of the media.