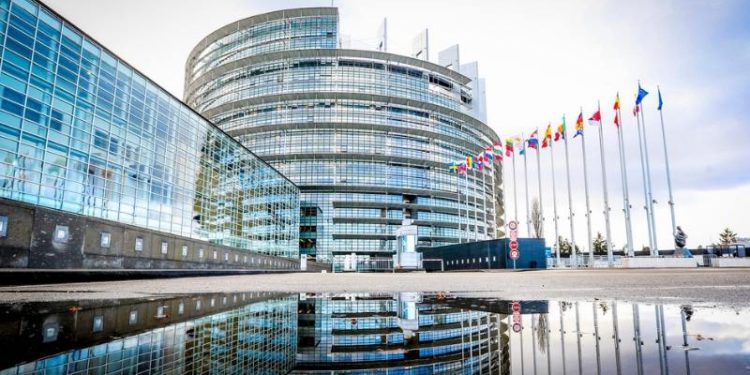 A new assessment of the implementation the Association Agreement (AA) between the EU and Georgia, prepared for the European Parliament, reads that over the past two years “Georgia has seriously backslid with respect to the basic democratic principles and key political commitments” it made as part of the AA.

The document notes that in a context of sharp political polarization, Georgia’s democratic institutions “have gradually been hollowed out of their substance and the ruling coalition increasingly concentrates power in its hands, while also restricting space for dissent.”

“In the context of sharp political polarization, democratic institutions have been gradually eroded from their core, and the ruling coalition is increasingly taking power into its own hands, and it is also limiting the space for dissent. The rule of law has deteriorated significantly, as evidenced by the arrests of high-profile opposition leaders, the lack of effective investigations into violent incidents between June 2019 and July 2021, and the abolition of the State Inspector’s Office. Developments in the judiciary since 2020 (in particular, hasty and non-transparent appointment of judges, failure to reform the appointment of the Prosecutor General, changes to the law on common courts) have highlighted major failures in the implementation of the Association Agreement. “The changes introduced in 2020-21 are not based on consensus between the ruling coalition and the opposition or the broad involvement of civil society,” the report said.

The report says while Georgia remains a regional leader in the fight against corruption, anti-corruption reforms have slowed in recent years, and effective high-level corruption investigations and prosecutions are a major challenge.

The document says that the picture of human rights and freedoms in Georgia is heterogeneous. The state of Georgian media has deteriorated significantly – although the media environment is pluralistic, media polarization has increased in parallel with the political crisis.

“The work environment in which journalists work in Georgia has become more difficult due to political interference in the work of the media, as well as verbal and physical attacks on journalists,” the report said.

According to the assessment, discrimination and crime against sexual minorities remain a major problem in Georgia.

Georgian civil society, according to the European Parliament report, is strong, but it is affected by the growing political antagonism in the country.

Among the achievements, the report says, in 2020-21, Georgia took significant steps to combat violence against women and improve gender equality at work. Is considered an important step forward in the Child Rights Code. It is noted that despite the challenges posed by the COVID-19 pandemic, changes in the Labor Code and the extension of the Labor Inspection mandate, significant improvements in employee rights are expected.

The report says that in recent years, Georgia has embarked on significant decentralization reforms with major political, administrative, financial, and territorial implications, although this was primarily driven by more effective management and investment rather than a desire for effective governance at the local level.

The report also notes that since 2020, Georgia has consistently met the basic requirements of the EU visa-free regime and has been cooperating effectively with EU agencies and member states in the fight against crime.
Foreign and security policy has also been welcomed, although Georgia has reportedly refused to join sanctions against Russia following its invasion of Ukraine in late February 2022.

“In 2020-21, the Georgian economy was severely affected by the COVID-19 pandemic, but it has the potential to continue to bring its legal framework closer to EU standards and to implement the Deep and Comprehensive Trade Agreement (DCFTA). This is despite the fact that high adjustment costs have to be borne by business actors in the implementation of EU approximation legislation, especially in the field of sanitary and phytosanitary measures. Georgia is on the right track in terms of legislative processes, but still faces significant challenges in terms of energy and environment, especially in terms of energy efficiency. However, progress has been made on climate change,” the report said.