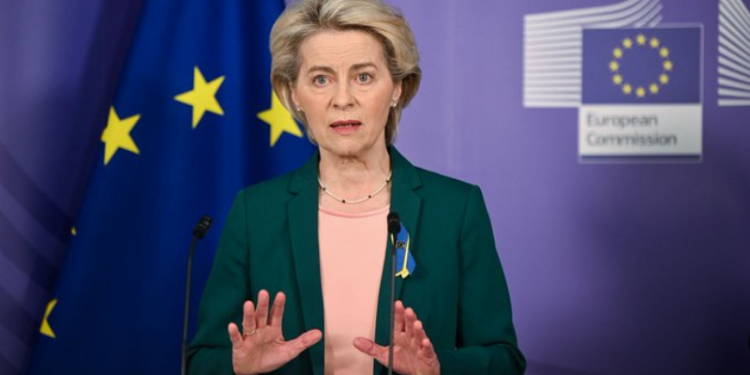 The European Commission on Wednesday proposed a ninth package of sanctions on Russia over its invasion of Ukraine that would include almost 200 more individuals and entities on the EU sanctions list.

Russia “continues to bring death and devastation to Ukraine and is deliberately targeting civilians and civilian infrastructure, seeking to paralyze the country at the beginning of the winter”, she said in a statement.

She added that the eight packages of sanctions the EU had introduced so far are already biting hard and now the bloc wanted to raise the pressure on Russia with a ninth package.

Sanctions require the unanimous backing of all the bloc’s 27 member states, but most of the measures proposed in the first eight packages were approved by their representative European Council within weeks, though some were dropped or watered down.

The eighth package was approved on Oct. 5 and included more trade restrictions and targeted more individuals.

“This list covers key figures in Russia’s brutal and deliberate missile strikes against civilians, in the kidnapping of Ukrainian children to Russia, and in the theft of Ukrainian agricultural products,” she said.