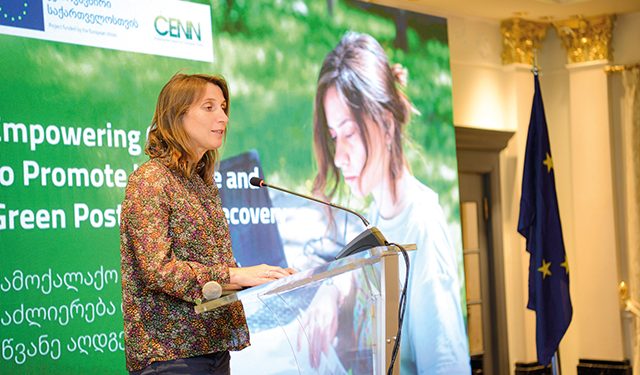 Sigrid Brettel, Head of Cooperation of the EU Delegation to Georgia, opens with remarks to the attendees of the kickoff event. Photo by Mike Godwin

Georgia’s outlying regions are largely still developing when it comes to social support programs, youth development initiatives, and financial support structure for their municipalities. This has been further complicated by the Covid-19 pandemic and efforts to raise community standards and promote human rights. With this as the core of their mission of outreach and monitoring, one organization has made it their goal of engaging with Civil Society Organizations.

The program is set to go through to early 2025 with a budget of over €1.1 million. Focusing on the two regions of Samtskhe-Javakheti and Kvemo Kartli, the project is aimed at improving social services and building bridges between community leadership and the people in these outlying regions. The four-year project is based on a baseline of data taken from the aforementioned areas through interviews and surveys of both community members and leaders. 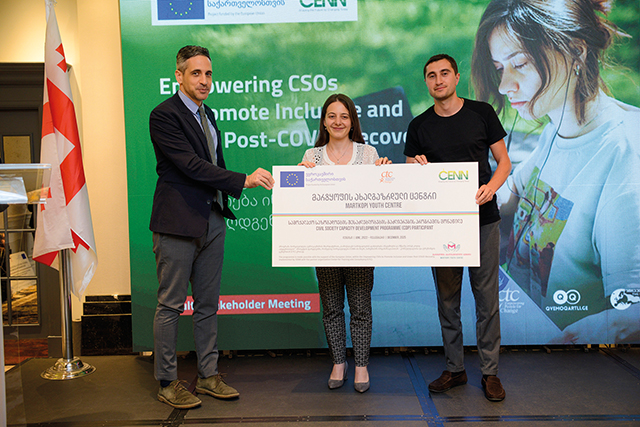 This baseline established the current situation of social services, the engagement of CSOs in the affected regions, and where resources may be best invested. Iago Kachkachishvili, a research team leader, presented his findings based on Context Analysis research concerning social services and civil society. According to this research, several areas of focus were examined.

The program is set to go through to early 2025 with a budget of over €1.1 million

This data consisted of 600 adults in both regions for a total of 1,200 interviews of community members. This also included eight focus groups, with both Georgian and non-Georgians involved as both regions contain Armenian and Azerbaijani ethnic populations. Separately, 17 expert interviews were conducted with local officials and leaders. 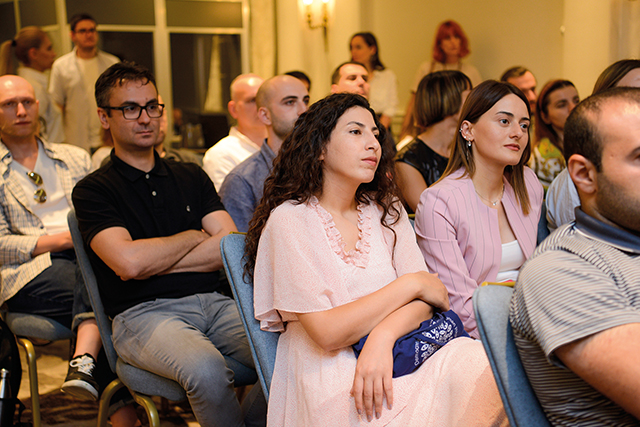 In short, Iago explains that the expert analysis and population perceptions are in line with predicted outcomes, but the data deserves a deeper examination. One note, he states, is that there is insufficient awareness of social programs by the public. This is particularly worse with ethnic minorities due to language barriers with non-Georgian speaking populations and documentation or official notices not being in an understandable language.

This has resulted in a low participation in social services. According to the data, 75% of people surveyed in Kvemo Kartli and 88% in Samtskhe-Javakheti did not participate in social support and development programs. The majority of the usage that did occur were one-time support payments, potentially due to a lack of explanation of the bureaucratic process to those that may be interested.

Another point made during the interviews was the application process for these social benefits. Interviewees explained that the process seems complicated and overly burdensome for the perceived benefit. This was largely due to a fractured communications framework between the municipalities and the residents, Iago explained. This lack of contact and potentially trust is of particular focus for the program.

The contact between the two entities was another stark figure to note. 83% in Samtskhe-Javakheti and over 80% in Kvemo Kartli said they had no contact with local government officials. While some of this may be due to a lack of genuine need, the trust levels surveyed may explain the reason for these numbers. When asked about their satisfaction with the performance of local officials, Samtskhe-Javakheti residents polled at 48% approval, with Kvemo Kartli residents only at 30% approval.

There is insufficient awareness of social programs, particularly among ethnic minorities, due to language barriers when documentation or official notices are not in an understandable language

These figures about awareness and engagement paint an interesting picture and outline the need for CENN in these regions. With this baseline data, they explain that by mobilizing community institutions into a CSO-led coalition will revitalize these regions. A “Regional Social Service Alliance,” together with additional partnerships with like-minded organizations, is structured to offer these social and healthcare initiatives to the residents, particularly women, youth, disadvantaged, excluded, and marginalized groups. 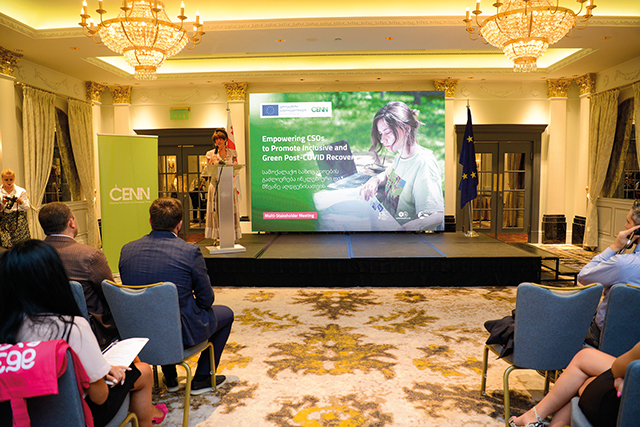 In addition to these, the establishment of special programs will aid in the bolstering of the infrastructure of support in these regions. Youth Professionals Program (YPP), special development and training courses for target partners, international study programs, and various women’s civic activity groups will mobilize these residents to become more active members in their local communities and more robust participants in the local democratic scene.

CENN’s Human Rights Based Approach (RBA) is at the core of their logic when launching this expansive endeavor. The outlying regions of Georgia’s more rural communities have had to rebuild and repair much of their community infrastructure in a post-pandemic environment. Along with local leadership, existing community support organizations, and the backing of the European Union, CENN has built a framework to address each of the aforementioned areas of note to bring social services and assistance to these affected communities.