Erdogan: We Will Say No to Finland and Sweden’s NATO Membership 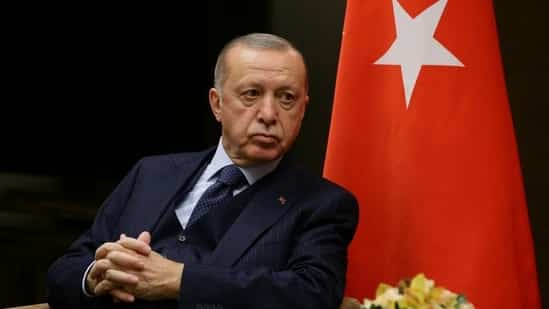 “We will continue our policy in a determined way. We have told the allies that we will say no to Finland and Sweden’s NATO membership,” Erdogan said.

Erdogan says he believes that Sweden and Finland are hiding and financing “terrorists” and supplying them with weapons.

“Ankara’s accusation is that the countries supports groups that it deems terrorists, namely the Kurdistan Workers Party (PKK) militant group and Syrian Kurdish YPG, which it also views as a terrorist group closely tied to the PKK,” Reuters reports.

“NATO is a security alliance and we cannot accept terrorists in it,” said the Turkish President.

On May 18, Finland and Sweden formally applied for NATO membership, said Jens Stoltenberg, Secretary General of the Military Alliance.

“I warmly welcome the request of Finland and Sweden to join NATO. You are our closest partners and your accession to NATO will increase our common security. The statements you made today are a historic step. The Allies are now considering the next steps towards NATO. It should be taken into account and we are ready to work on all issues and reach quick conclusions,” Stoltenberg said.