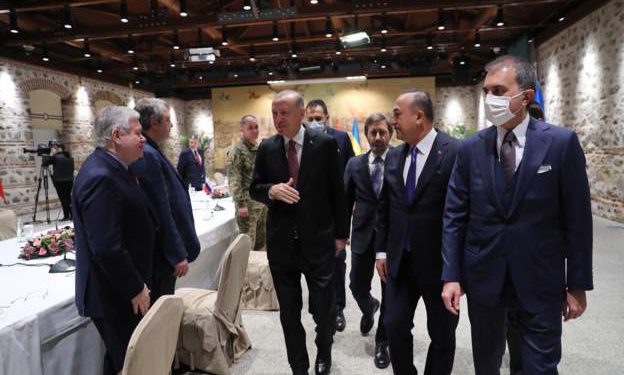 Turkey responded to the peace talks it hosted between Ukraine and Russia in Istanbul today.

Prior to the beginning of today’s talks, President Recep Tayyip Erdogan said he had made separate calls to Ukrainian President Volodymyr Zelensky and Russian President Vladimir Putin that were progressing in a “positive direction.”

Cavusoglu said Turkey welcomed the two countries reaching compromise and a common understanding on certain issues, reiterating that the war must end as soon as possible.

He said “more difficult issues” were expected to be discussed between Ukrainian and Russian foreign ministers in the future.