Entree’s Co-Founder on Reducing the Food We Waste 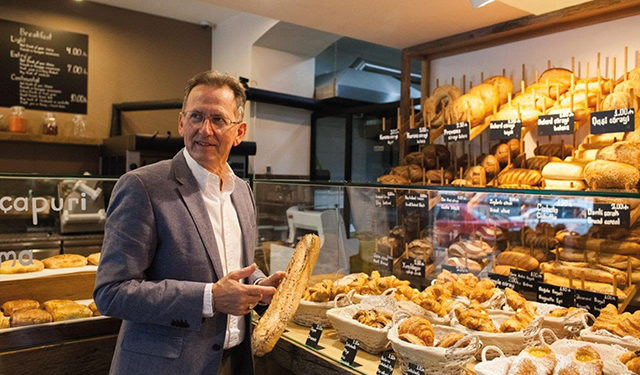 CENN, with the support of the British Embassy, last month kicked off a new project ‘Sustainable Food Systems for Climate Resilience,’ which also launched the ‘Say No to Food Waste’ campaign.
It is hoped that the project will contribute to reduction of the country’s GHG emissions by initiating dialogues between private and public sectors, and as a result advocating relevant policy changes at the governmental level. For this reason, CENN is putting together a Food Waste Working Group comprised of key actors in the food industry affected by this issue.

The ‘Say No to Food Waste’ media campaign has been running since February, with the aim of urging people to change their behavior and consume more responsibly to reduce food waste. The campaign strives to achieve an “awakened” culture, the members of which will act more responsibly in support of their own surroundings. GEORGIA TODAY, ever eager to support a good cause, is one of the CENN campaign’s media partners.

“I’ve been involved in the food sector since my childhood, as my father had several restaurants in France and I started as a dish-washer to earn some pocket money when I was 12 or 13,” Charles tells us. “The restaurant was on the first floor and we lived on the second, so you can imagine – I literally lived in a restaurant!

“Later, I decided to study restaurants and hospitality and have several diplomas in this direction. The food industry is my passion and my life, I know no other.”

One-third of food produced each year is lost or wasted. Food waste is caused by overproduction, spoilage, overbuying, and a lot more! In your restaurant work, past and present, how did/do you handle potential food waste?

From the very first day of Entrée opening, precisely from December 2, 2008, we have supported charity houses and orphanages every day. Products are collected daily and delivered to the most vulnerable people. We are doing the same in Baku, Azerbaijan, where we have six Entrée cafes. This way we have minimal wastage and we keep those who are in need supported.

Food waste is said to be one of the biggest contributors to climate change, accounting for 8% of the greenhouse gas emissions. From your time working in Georgia, what has been your experience with regards to food waste?

I am not so much aware to give you a clear picture, but I hope the Georgian government has a very close eye on waste management.

People are less likely to buy and consume fruits and vegetables due to their aesthetic or physical irregularities. As such, one third of the fruits and vegetables globally do not make it to our grocery stores. Where do you buy the ingredients you use in your kitchen? Do you chose aesthetically pleasing, or are you happy to buy “ugly”?

At Entrée, we are trying to work with small family producers, who very often are free of chemical support and try to grow plants in a natural way. Certainly, fruits and vegetables grown like this are less shiny and are very often not attractive at all, but Entrée is an ambassador of healthy lifestyle, that’s why it is essential for us to be as organic as possible. I believe that companies like Entrée are the biggest supporters of small and medium size businesses in Georgia, and provide inspiration too. We tell them, give me healthy products and I will guarantee that your goods will always find a place in our kitchen.

40% of waste in Georgia is organic waste, a large portion of which is food. How do you suggest we reduce this percentage?

People in Georgia must start to respect food: so many supras are made with too-full tables, and 40% of the food goes untouched. What are they doing after? Throwing it into the bin!
Even when a housewife is cooking at home, she is making food not precisely for the members but for some potential guests as well, even if nobody is expected to come. I know it is an iconic habit that Georgian people have called hospitality, and it is extremely charming, but it has a very bad side effect. France is different: people there cook for two if they are two, and will have empty plates by the end of the dinner. It is done unconsciously, but it works for the good cause, so we must start doing the same in Georgia. A solution like this will not come if each family does not change their behavior. 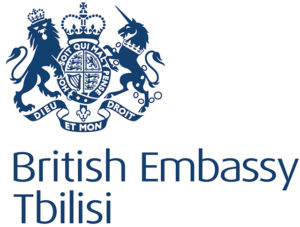