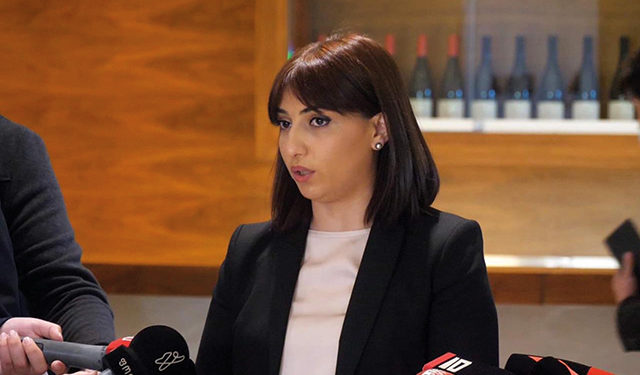 Following months of continuous protest by the local population and environmental activists, the Georgian government announced a 9-12-month moratorium on the construction of the Namakhvani HPP dam body. The Namakhvani HPP is being built in the Tskaltubo and Tsageri municipalities north of Kutaisi by a Turkish-Norwegian company, ENKA Renewables LLC.

On the Prime Minister’s instructions, the Ministry of Justice has been mandated to look into the agreement with construction firm ENKA.

“A 9-12-month moratorium has been issued on the construction of the dam body, to allow for a review and validation of already conducted environmental, geological, and seismological assessments.

“Presently, the company will only continue preparatory infrastructural work under the project’s initial phase, in compliance with the applicable construction permit,” the Georgian government announced in April.

Despite declaring a moratorium on the construction of the main element of the HPP construction, locals and environmental activists are still concerned about the continuation of preparatory infrastructural works.

On May 6, GEORGIA TODAY offered its readers an exclusive interview with Rioni Valley “Guardian” Mirza Nozadze, one of the organizers of the Rioni Valley resistance movement, who is a friend of the now-renowned Varlam Goletiani and his family, to get them acquainted with the position of the Rioni Valley guardians.

“This is the fight of the Georgian people, aiming to challenge the Government of Georgia and the relevant attorneys on their ignorance and negligence, on their signing of a memorandum with a private investor company for a project as complex and important as the Namakhvani HPP,” Mirza Nozadze told us.

Now, in order to also hear another side’s position and find out more details about the construction, we spoke to the representative of ENKA, Elene Ghubianuri, Administrative Director of ENKA Renewables.

Mirza Nozadze said their resistance started with questions regarding the HPP’s impact on the environment and country as a whole, to which they claimed they could not get answers.
From the day of winning the international tender (2017), the company launched an active communication campaign with the local population. To this end, community coordination councils were set up, whose members were represented by representatives named by the villages. Informational meetings and discussions were held in the format of these boards with the participation of the company’s management, its employees, and invited experts. Information centers were also set up where anyone interested could get information on key issues, as well as raise a new issue for further discussion. The focus of the discussion was on dam safety, environmental and social impacts, and compensation policies.

The company also discussed the development prospects of the valley and the company plans for projects to improve the well-being of the locals. These include the development of family hotels, winemaking, beekeeping, agriculture and education.

At the same time, an inventory of the properties in the project area was started, a compensation scheme was established, and the locals were introduced to them on an individual level. It is noteworthy that the proposed compensation is much higher than the market price, and the fact that today almost all the necessary private property (265 families satisfied from 274 families) have been fully repurchased, indicates the interest of locals in the implementation of the project.

In the process of renewing the environmental permits, the Ministry of Environment organized two public hearings, following the procedures provided by law, where the company still had the opportunity to answer questions and share the position of all parties.

Consequently, the claim that the company started its business without communication with the locals is unfounded, although it did not seem to be enough for a certain segment.

Given the current situation, we have repeatedly expressed our readiness to conduct a constructive dialogue and re-answer the questions, but, unfortunately, the protest went beyond the appropriate format and it was claimed by the opponents that we are not addressing their questions.

How transparent is the company’s contract with the government? Nozadze told us that “on the 80th day of their stay in the tents, they forced the authorities to make the contract public.”
Due to the company’s openness and transparency policy, we have never requested confidentiality of the contract. Accordingly, the terms reflected in it are not confidential.

Nozadze further said that, “Our protest is based on legitimate questions about the contract. If Georgia violates any of the terms, we owe a much larger penalty than the company under the contract.” What would be your response to that?
The existing agreement is the result of quite lengthy negotiations, which comprehensively take into account the interests of both parties, as well as the risk, and are based on international best practices for such projects.

In addition to highly qualified local law firms, the parties hired reputable international law firms such as White and Case and Shearman and Sterling to prepare the contract. As for the insurance of the risks envisaged in the contract, it is not new that large-scale investment projects cannot be implemented without them, nor that the International Finance Institute becomes a co-financer of the project.

Protesters against the construction also express concern regarding the issue of transfer of lands.
According to the rule defined by the legislation, a construction permit is required to obtain a legal right to the necessary land plots. Within this framework, part of the state-owned lands, on the basis of an ordinance of the Government of Georgia, in the form of purchased privatization and some of them the right to build, were transferred under strict conditions: land use is allowed only for project purposes, without the right of alienation. Here, as a condition for the transfer of lands, in addition to the fulfillment of numerous obligations under the agreement with the government, the new 28 km of Namokhvani – Alpana – Mamison road, Namokhvani – Alpana is defined, meaning construction of the section and its transfer to the state free of charge.