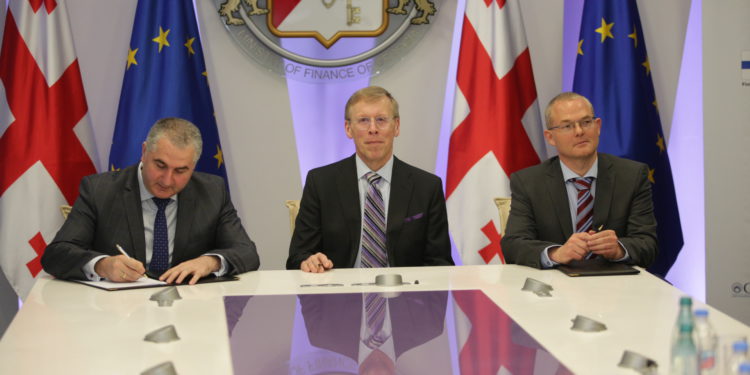 The celebration of Nefco’s first implemented energy-efficiency project in Georgia coincides with the signing of a new EUR 6.5 million project which will support energy-efficiency modernizations in public schools in remote mountainous regions in the country.

Nefco is an international financial institution (IFI) that finances the initial scale-up of Nordic green solutions on international markets. Founded in 1990 by the five Nordic countries, it serves the interests of its owners, Denmark, Finland, Iceland, Norway and Sweden, and takes concrete actions to accelerate the green transition.

Nefco officially inaugurated its first implemented project in Georgia this week, which encompasses the renovation of 26 public buildings across the country. The energy-efficiency modernizations carried out from autumn 2018 until the end of 2021 have resulted in improved indoor conditions and energy savings, and supported Georgia towards its green transition by using renewable and alternative energy sources. The project has also contributed to the implementation of Georgia’s national goals to combat climate change and demonstrated the applicability of new building codes in various types of buildings with different functions and usage and how these new codes work in different climate zones.

In addition to Nefco loan financing of EUR 2.8 million, the project was grant-financed by the Eastern Europe Energy Efficiency and Environment Partnership (E5P) with EUR 1.87 million, to which the European Union and Sweden are the largest contributors. Denmark supported the project with EUR 956,000 for technical assistance during both the implementation and project preparation phases. 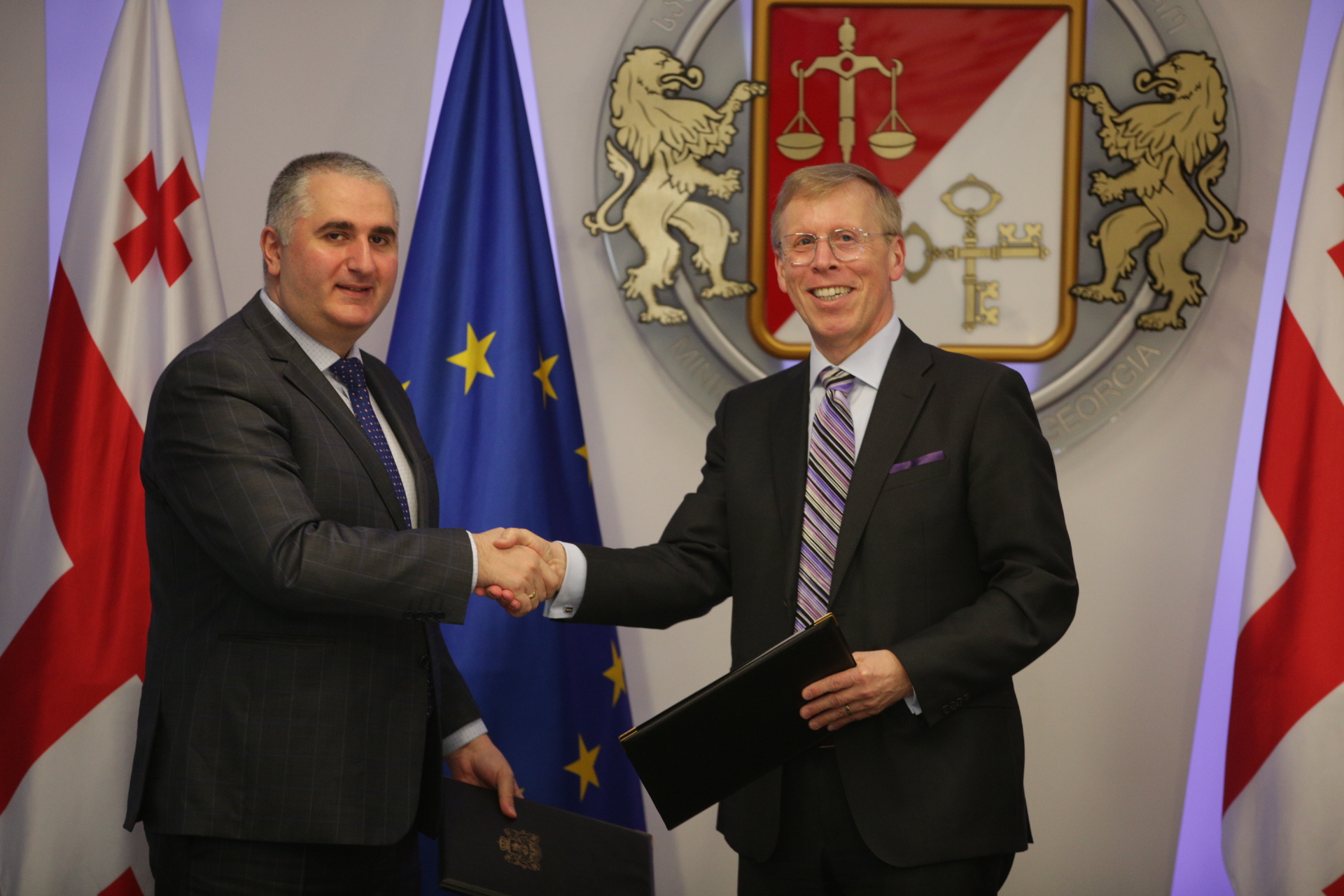 “We are very pleased to celebrate our first implemented project in Georgia,” said Trond Moe, Managing Director at Nefco, in Tbilisi. “Together with our project partners, it has been a privilege to see the country’s progress in implementing its energy reforms and moving towards a green energy transition. We are happy to continue supporting Georgia through the new project, which was signed today and will benefit, in particular, the more vulnerable communities.”

Both the implemented project and the newly signed project ‘Rehabilitation and Energy Efficiency Improvements in Public Schools in Mountainous Regions in Georgia’ are characterized by their significant environmental and social impacts in Georgia. The implemented energy-efficiency project is expected to result in annual reductions of about 5,000 MWh in heat and electricity consumption, with a decrease of 1,100 tonnes of CO2 emissions. The actual savings will be monitored on a continuous basis for a ten-year period. The implemented project has created good and comfortable learning environments for schoolchildren and municipal workers. The second Nefco project in Georgia will support energy-efficiency modernizations and renovations in 15 public schools in mountainous regions in Georgia.

“We greatly appreciate Nefco’s and E5P’s role in helping Georgia overcome the challenges we are facing and for ensuring that they are responsive to our priority needs,” said Lasha Khutsishvili, Minister of Finance of Georgia. “The project ‘Rehabilitation and Energy-efficiency Improvement in Public Schools in Mountainous Regions in Georgia’ is supporting Georgia’s transition to a green economy and helping to build more resilient and efficient infrastructure, while improving the learning environment for students in less-developed parts of our country and benefiting vulnerable social groups of the population. I believe that the project will have significant environmental and social impacts and bring many benefits, such as meeting the minimum requirements for appropriate infrastructure for teaching and improved comfort levels and safety for students and teachers. I am confident that this will be a catalyst for greater energy efficiency in the future.”

Nefco’s second project in Georgia will build on the lessons learned from the first completed project and be expanded into more challenging settings in less-developed parts of the country, benefiting vulnerable social groups of the population. Alongside the positive environmental impacts and energy-efficiency improvements, the new project will support the development of other UN Sustainable Development Goals, especially education, health and gender equality. Both Nefco projects are aligned with the new laws on energy efficiency and energy performance of buildings introduced by Georgia and are part of the wider reform agenda associated with the EU Georgia Association Agreement. 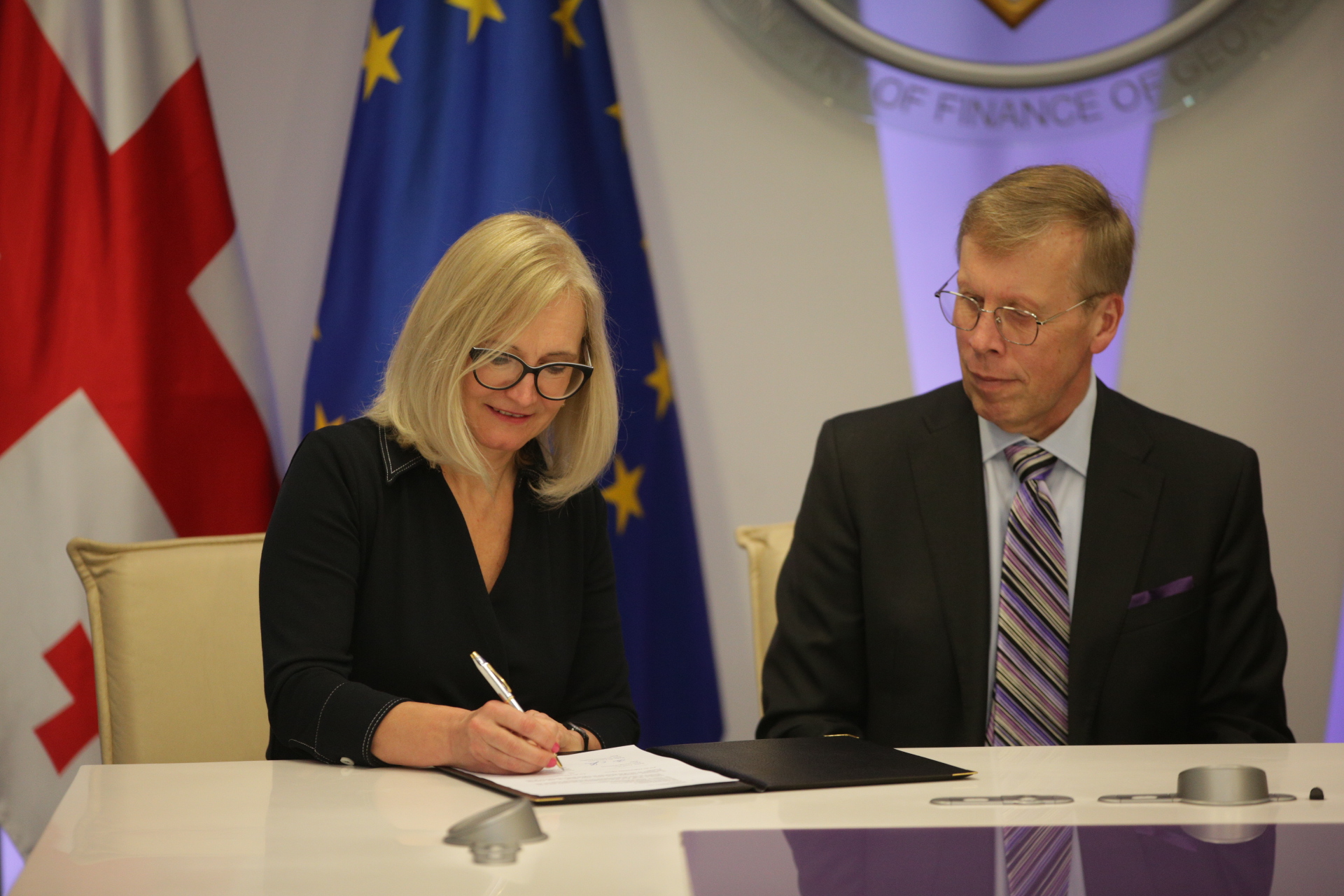 “The E5P donors are proud of this first Nefco project and its continuation in remote mountainous regions of Georgia. The E5P donors, led by the European Union, remain committed to such crucial investments, delivering a multitude of environmental and social benefits alongside the reform agenda,” commented Ewa Manik, Associate Director at E5P.

“The EU, the biggest contributor to the E5P Fund, is pleased to support energy-efficiency renovations of schools in Georgia. The E5P projects implemented by Nefco bring the economic, environmental and health benefits of energy-efficiency measures to municipalities across the country. We are looking forward to boosting renovations of buildings in Georgia with large-scale investment programs underpinned by reform assistance together with our Team Europe partners,” said Carl Hartzell, EU Ambassador to Georgia.

The total investment of the new project, signed today in Tbilisi, is EUR 6.5 million. Nefco’s loan financing totals EUR 3.9 million and E5P grant financing EUR 2.6 million. Sweden has financed the project development costs and is expected to allocate financing for technical assistance during the project implementation, which is due to start at the end of 2022. 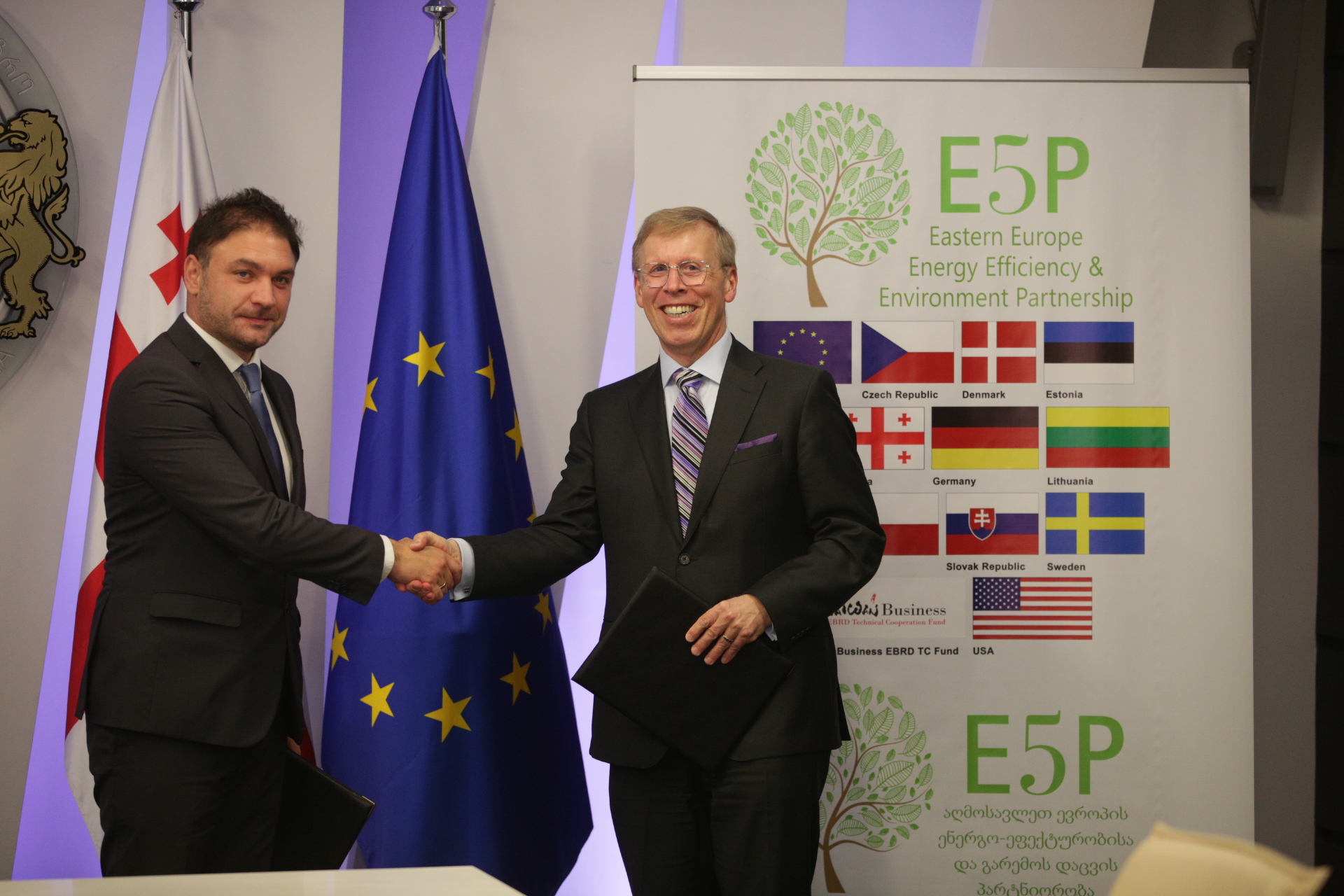 “Sweden is pleased to contribute to Georgia’s green transition, including improved energy efficiency,” said Ulrik Tideström, Ambassador of Sweden to Georgia. “We have invested over EUR 8 million in the E5P fund for Georgia, as the largest bilateral donor. Similarly, we are one of the main stakeholders in Nefco, the Nordic Green Bank, together with the other Nordic countries. Together, we provide co-financing grants for municipal sector projects across Georgia to improve energy efficiency and boost progress on a multitude of other environmental and social issues. The Swedish assistance should be seen in the wider context of our strong political, financial and technical support to Georgia’s reforms for European integration.”

Energy-efficiency measures in the new project will include insulation of building envelopes, replacement of doors and windows, installation of new heating and ventilation systems as well as measures for reducing electricity consumption. Structural improvements are also included in the projects due to the poor conditions of the school buildings. The implemented renovations and installed energy-efficiency measures will extend the lifetime of the buildings.

Find out more about Nefco here.