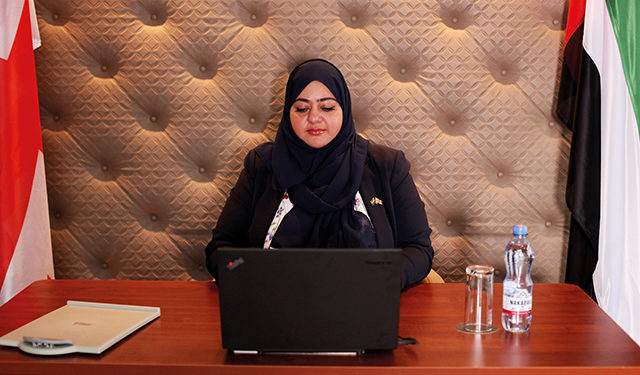 Munira Almarzooqi,Charge D’Affaires of the Embassy of the UAE in Tbilisi

Since its foundation, the UAE has followed the principle of promoting security, peace and sustainable development in various parts of the region and the world

On the December 2, we celebrate the 50th anniversary of the announcement of the unification of the seven Emirates and the establishment of our country.

This occasion marks a sincere reflection of the federation’s journey, rich in monumental events and achievements, building on the foundation that was first laid down by the late Sheikh Zayed bin Sultan Al Nahyan and his brothers, the fellow founding fathers. Today, His Highness Sheikh Khalifa bin Zayed Al Nahyan, President of the UAE, follows in their footsteps, leading our nation on its journey towards the future.

Since its foundation, the UAE has followed the principle of promoting security, peace and sustainable development in various parts of the region and the world. Through his vision, the late Sheikh Zayed bin Sultan Al Nahyan, may his soul rest in peace, guided the UAE towards the adoption of a successful and active foreign policy based on balance, moderation, and non-interference in the internal affairs of other countries, in acknowledgement of the role and responsibility the UAE holds at regional and international levels.

In this letter, I would like to reflect and share most prominent achievements that the country has witnessed.

Cultural and public diplomacy:
The UAE was built on Sheikh Zayed’s foundational values of tolerance, peace, and stability. His guiding strategy was to show friendship towards all cultures and peoples, promote moderate Islam, and work for mutually advantageous cooperation with all nations.

Today, his historical vision is reflected in a thriving and tolerant nation that hosts more than 200 nationalities, has a 93% literacy rate, welcomes over 15 million tourists annually, and is proud of the fact that 70% of all its university graduates are women.

Moreover, the UAE is home to over 40 churches and other places of worship, as well as numerous world-class centers of education and culture. In effect, the values of tolerance, religious freedom and mutual respect championed by Sheikh Zayed are ingrained in the UAE’s DNA.

“The Daughters of the UAE”: pioneering role of Emirati women in all sectors:
Emirati women are an integral part in the most prominent achievements of the UAE, attesting to the considerable role and active presence of the daughters of the UAE in various fields, as they demonstrate the extent of capabilities and competencies that qualify them to lead and manage several key and vital projects in the sectors of advanced science, space, energy and health. Their role was embodied in the arrival of the “Hope Probe” to the orbit of planet Mars, the beginning of the successful and safe operation of the first reactor at the Barakah Nuclear Energy Plant, in addition to their success and leadership in efforts to tackle the Covid-19 pandemic locally and globally.

Smart attestation and the future of entrepreneurship in the United Arab Emirates:
The accelerating surge of business in the UAE has grown conspicuous despite the global pandemic challenges. This stems from the UAE government’s recent orientations to further openness to the world, a return to normal life and attracting talent and business within strategic decisions aimed at enabling the country to elevate its ranking and score in the ease of doing business indicator, particularly after it ranked first regionally and fourth globally in the 2020 Entrepreneurship Index according to the report issued by the Global Entrepreneurship Monitor GEM – NECI, in addition to the indicators of the best and safest destinations for citizens and residents. 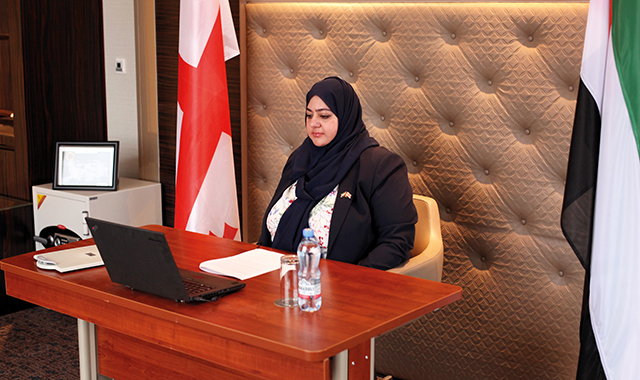 We cherish the level of bilateral relations between the UAE and Georgia, based on cooperation and mutual respect, alongside trade, economic and cultural exchange

Humanitarian diplomacy:
Over the course of a 50-year journey, the UAE has worked to activate its humanitarian role in reducing poverty on a global scale, and helping needy countries and societies, until it became a symbol of goodness and giving. UAE foreign aid has multiplied more than 187 times, with a total value of more than 322 billion dirhams.

Since the beginning of 2020, the Covid-19 pandemic has had unprecedented health, economic and social repercussions worldwide, and has had a more severe impact on developing countries. The UAE has taken urgent steps to help the affected countries to contain the spread of the virus, sending supplies, medical supplies and field hospitals to hundreds of fraternal and friendly countries to help them combat and contain the consequences of the pandemic.

Post- Pandemic Diplomacy, Ambition and Hope in the Future:
Believing in the importance of the voice of youth, the Ministry of Foreign Affairs and International Cooperation (MFAIC) Youth Council was allocated a permanent seat in various committees and task forces in the Ministry. They work to develop and foster quality of life and create a positive working environment in the MFAIC.

The Council has worked since its establishment to enhance the lives of young people by encouraging the adoption of a healthy lifestyle, promoting good mental health, adopting positive thinking as a basic value, building life skills, as well as honing and developing the skills, abilities and competencies of the Ministry’s youth, and demonstrating the role and efforts of the UAE in empowering young people and embracing their aspirations and hopes, and advancing diplomatic work based on knowledge and innovation to achieve excellence in foreign policy.

UAE Embassy in Georgia:
On this historic occasion, on behalf of Emirati people I would like to express our gratitude and appreciation to the friendly people and Government of Georgia for their hospitality and, at the same time, we would like to cherish the level of distinguished bilateral relations between the UAE and Georgia, based on foundations of cooperation and mutual respect, as witnessed by the exchange of high-level visits between the two countries, alongside trade, economic and cultural exchange, which indicates the strength of bilateral relations in various fields.

By Munira Almarzooqi, Charge d’affaires of the Embassy of the United Arab Emirates in Tbilisi