Economy Minister: Our Response to Restaurants’ Defiance Will be Harsh 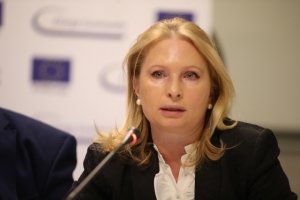 Georgia’s Economy Minister Natia Turnava has warned restaurant owners that the illicit openings planned for February 6 will be countered with a harsh government response.

“Our Ministry has been blamed for lack of communication, which is not the case. We communicate on an almost daily basis with the representatives of hospitality sector, including restaurant owners. Because restaurants cannot be opened in other parts of Georgia except Adjara, it is understandable that many are dissatisfied. But this is no excuse for breaching the law and disregarding the epidemiological situation in the country. If the restaurants defy the rules and reopen on February 6, the government’s response will be harsh”, said Turnava at the briefing of the Coordination Council.

She added that the Ministry of Economy continues to discuss the restaurants’ reopening plan together with Prime Minister Giorgi Gakharia, saying she has “very high hopes” that they will soon make “concrete decisions” regarding the issue.

Over 200 restaurants in Georgia plan to resume operations on Saturday, February 6, in defiance of strict anti-coronavirus measures that limit restaurants and cafes to takeout service. Levan Qoqiashvili, the Board Director of the Gastronomic Association of Georgia, wrote a Facebook post to publicise the decision.

The number of anti-lockdown protests has mounted in Georgia since the government announced on January 22 that most of the coronavirus-related restrictions would remain in place until March.