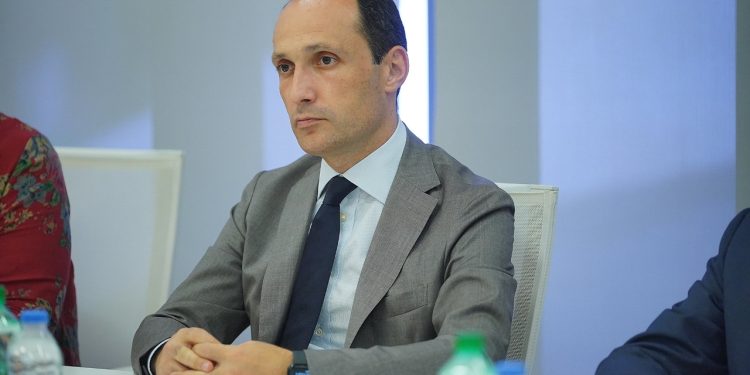 Economy Minister Levan Davitashvili agreed with PM Irakli Garibashvili’s statement that Abkhazia and Tskhinvali region have been occupied for 14 years.

“The Prime Minister knows everything very well – we cannot run away from facts, we cannot hide them, we cannot delete the fact that an important part of Abkhazia – the Kodori Gorge – was lost exactly in this period [in 2008],” the Minister of Economy and Sustainable Development, Levan Davitashvili told journalists, who asked him about the Prime Minister’s post related to the August 2008 war.

“14 years have passed since the beginning of the war of August 2008, which claimed the lives of many of our fellow citizens… I bow to the memory of our heroic soldiers and civilians who died in the war of August.”

Irakli Garibashvili also wrote that “for 14 years, the heart of our country – Samachablo, Tskhinvali region and Abkhazia has been occupied by Russia”, which was followed by criticism from the public and politicians.

The central government of Georgia has lost effective control over a certain part of the country’s territory for a longer time. In particular, Tbilisi lost control over Sokhumi in the fall of 1993, after the 1992-93 conflict.