Due to Difficult Meteorological Conditions, Traffic on Part of Roads is Limited 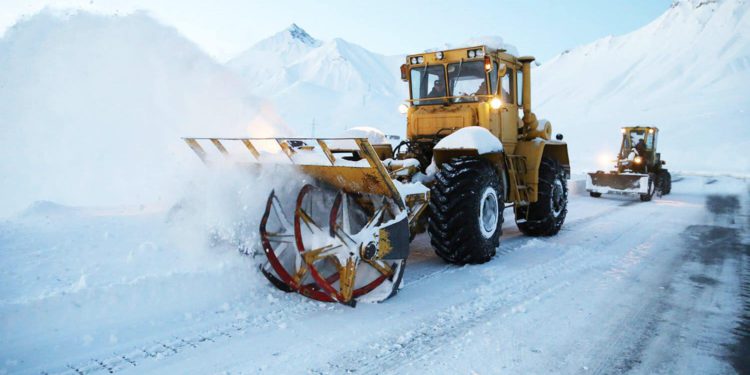 The Roads Department of Georgia reported that due to the difficult winter weather conditions, special traffic modes are imposed on several sections of roads throughout the country and clearing works are ongoing to restore the movement of vehicles.

Based on current data, as a result of intensive clearing works on the section of the Tbilisi-Senaki-Leselidze highway km138-km158, as well as Gomi-Sachkhere-Chiatura-Zestaponi, traffic is flowing.

Restrictions apply to the following highways: due to heavy snow, the movement of trailers and semi-trailers is prohibited on the km1-km50 section of the Khashuri-Akhaltsikhe-Vale highway, while the movement of other types of vehicles is allowed. Traffic is allowed on the rest of the road.

Due to snow and ice, the movement of trailers and semi-trailers is prohibited on the Gudauri-Kobi section of the Mtskheta-Stepantsminda-Larsi road, while the movement of other types of vehicles is allowed. Based on the National Environment Agency, the traffic on Mleta-Gudauri and Gudauri-Kobi sections will be allowed in a non-stop mode, only through the avalanche protection tunnels.

Also, due to heavy snowfall, on the km86-km106 section of the Batumi-Akhaltsikhe highway, only off-road traffic is allowed, while the rest of the traffic is prohibited.

Traffic of trailers, semi-trailers with a capacity of more than 30 seats is prohibited on km1-km22 section of Alpana-Tsageri road. And the movement of other types of vehicles is permitted using anti-skid chains.

Due to heavy snow, the movement of trailers is prohibited on the Kutaisi-Tkibuli-Ambrolauri kmk39-km62 section and Sachkhere-Oni highway.

The Department of Roads calls on the population to drive with appropriate tires for the winter period, with proper transport, and to obey the rules imposed on the roads.