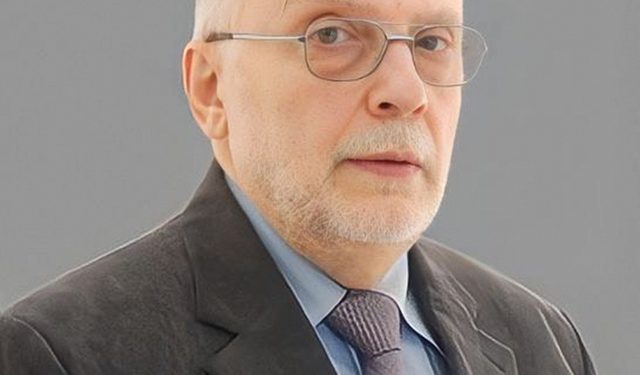 Georgia is experiencing unprecedented economic growth, the country’s Prime Minister Garibashvili notes at every opportunity. But few are taking this announcement seriously, as they watch the price of fuel, food and other goods going up. GEORGIA TODAY spoke to Dr Vladimer Papava, Director of the Center for Applied Economic Studies and Senior Fellow at the Rondeli Foundation, to find out more about the current situation and what’s in store moving forward.

The Georgian national currency is getting stronger, but prices of products in the market remain the same or are still on the up. What’s the cause?

We have to start with the Covid-19 pandemic, because nobody predicted its appearance and nobody knew how to deal with it. Many national governments decided to lock down many companies in many sectors of the economy. This resulted in the disruption of global supply chains, and prices will grow when you have a reduction in supply. As a result, we have high inflation.

With Russia’s war in Ukraine, Western countries adopted special economic sanctions, and the process of disruption of global chains of supply continued. That’s why the problem of high inflation is general and is a problem for all countries, including the United States. Georgia also has a high level of inflation. For example, 2021 was a good economic year for Georgia because economic growth was 10.4%, but inflation was 13.9%, meaning inflation was higher than economic growth. That’s why the Georgian population doesn’t feel the positive results of the economic growth. Inflation covers economic growth, and it is not a situation only in Georgia; the same problem is being seen right now in many other countries.

While most countries struggle economically, Georgia has double-digit economic growth. How is it possible, and will society benefit from it?
Georgia is an interesting case. The country tried to continue with the same policy it had in 2021, with an open economy and no more lockdowns, and a focus on promoting touristic development. That created a situation where Georgia’s economic growth was relatively high. The projected real GDP growth rate in 2022 is 3.2%, but, according to the Georgian government, it will not be less than 7%. If we have no difficulties and the situation around and inside of Georgia doesn’t change, I think the government’s predictions will be right, and the growth will be at least 6%, nearly 7%, two times more than the International Monetary Fund predicted.

But will the people benefit from it? We hear that the economy is growing, but people’s pockets have the same weight.
The predicted annual inflation in 2022 will be 9.9%. Inflation will be higher than the rate of economic growth. That’s why the Georgian population’s feeling about the financial situation is not optimistic.

Even after the sanctions, the Russian economy has not collapsed. Why is that, and can the West weaken the Russian economy even more?
Unfortunately, these sanctions have two holes. First, many countries in the world haven’t joined the economic sanctions, major countries which have connections with the Russian economy being China, India, Turkey, and Israel. The other hole is inside the European Union. Yes, EU countries joined the economic sanctions, but at the same time, they continue purchasing gas and oil from Russia. During the first month of the war, the EU granted Ukraine nearly 1 billion dollars in humanitarian and financial aid. At the same time, in only one day, revenues from gas and oil Russia received from European countries amounted to nearly, daily, 1 billion dollars. Let’s make it clear: The Russian economy is in a difficult situation, and these difficulties will increase, but now we have a very interesting situation with Western countries trying to use Cold War tactics against Russia’s hot war in Ukraine. It is the first time in world history that we have such a complicated situation. So, how efficient these tools of the Cold War will be, nobody knows. We all hope and want to see Ukraine winning this war, but we must be realistic. We must understand the real difficulties Ukraine, Russia, and other countries face. And the energy supply for European countries is complex.

What’s the current situation for the Ukrainian economy, and what are your predictions?
Speaking about the Ukrainian economy is tricky because there is no data about the inflation rate in Ukraine. I tried to find some information using IMF and World Bank as sources, but there is simply no current data. The World Bank predicts that the GDP growth in Ukraine in 2022 will be -35%. It is a sharp decrease in the economy. As to the forecast of when Ukraine will deal with its economic difficulties – it depends on the war.

I’m sure it will be a victory. I don’t want to consider any other scenario. Other situations will be much worse for Ukraine, Europe, the world, and Georgia. I only believe in the case in which Ukraine wins the war.

According to the current situation, how much will Ukraine need financially, and can foreign economic support bring the Ukrainian economy back to its pre-war status?
Yes, I think that’s possible, but nobody knows the exact answer. The war isn’t over yet; the destruction of Ukrainian infrastructure continues. The problem is that nobody knows how long it will take to end this war. That’s why any predictions on how much money the Ukrainian economy will need for its recovery will likely be inaccurate.

Along with Ukraine, Europe is also struggling. Is it only because of the war? Might we see an even worse scenario than we had in 2008?
In 2008 and 2009, there was a global financial and economic crisis, one which was generated purely in the economy. The crisis we have now is not generated in the economy, it was generated outside of it. The Covid-19 pandemic came first, then the war, later the economic sanctions, and all these factors are outside of the economy. I think the current situation is much worse than in 2008-2009, because economists at least knew how to deal with it during this crisis. Globally, the world is facing not only the Russo-Ukrainian war, but two other simultaneous wars. The first one an oil war, started by Russia, and including not just an oil problem but gas as well, and the other is a food war. Before Russia’s war in Ukraine, these two countries exported 25% of the world’s wheat exports. Now Ukraine has serious problems with it, and only with the serious intervention of Turkish President Recep Tayyip Erdogan and the General Secretary of the United Nations have they managed to resolve the issue of Ukrainian ships leaving Ukrainian ports. But this doesn’t fix the overall problem. 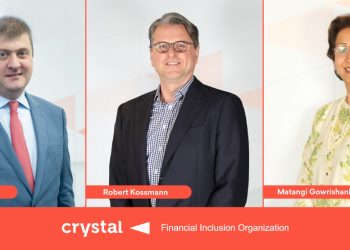