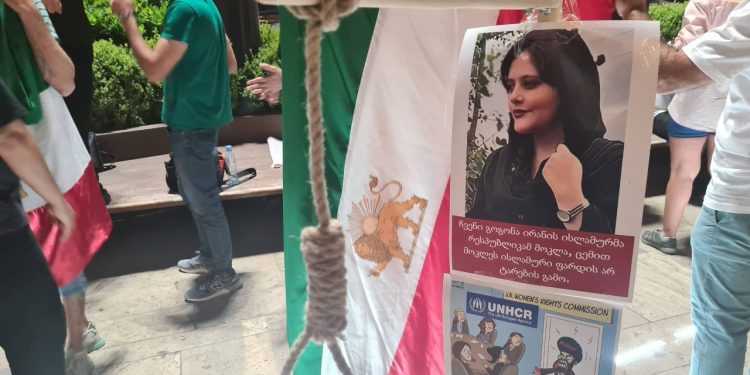 Iranian citizens held a protest rally in front of the Parliament in Tbilisi. “We don’t want a dictator”, “Freedom to Iran” – they chanted.

The Tbilisi demonstration echoes the ongoing protest wave in Iran, which followed the death of 22-year-old Mahsa Amini. The young woman was questioned by the so-called “Moral Police,” after which she was sent to hospital in a comatose state and died three days later. Her body was not allowed to be examined.

“We, the people of Iran, do not want an Islamic regime,” said the participant of the rally.

Demonstrators brought posters in front of the parliament, including photos of Mahsa Amini, with the inscription – “Our girl was killed by the Islamic Republic of Iran, she was beaten to death for not wearing the Islamic veil.”

“Justice”, “Freedom”, “No mandatory hijab”, “Death to the dictator”, “Don’t be afraid, we are all together” – with these and other slogans, protests sparked by the death of Amini continue in different cities throughout Iran.