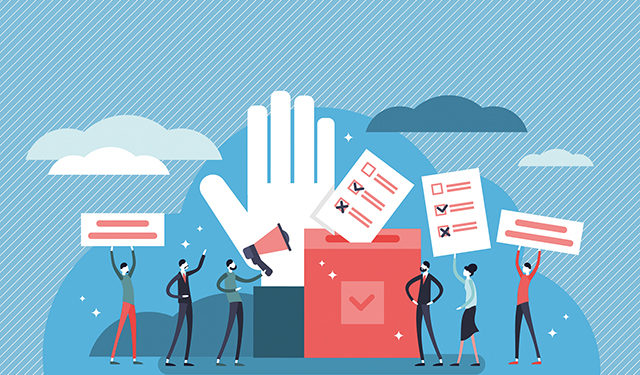 Democracy is one of the most frequently used words in Georgia, and probably in the world too, but that’s not surprising because most of humankind has chosen, or is in the process of choosing, democracy as a political system, with it seemingly best adjusted to the purpose of enhancing their standard of living and then maintaining their improved lifestyle. That’s the belief in this country too: democracy in Georgia is burgeoning at the highest possible speed, overwhelmingly embracing the entire national mind so much that our infants would utter ‘democracy’ as a first word rather than the conventional ‘mom’.

Isn’t this bizarre, even if it is just one of my little political jokes? Yes, democracy has widely sprawled all over our cynically shrinking land, but another piece of obvious cynicism is that the selfsame Georgian land is not yet flowing with milk and honey as a result of that flourishing democracy. In my meekly ticking opinion, the reason for this unfortunate discrepancy is that democracy is not a panacea brought about with the wave of a magic wand, and not only that: nobody in the world can possibly guarantee that democracy is the best saver of the day for all of us on our precious but weird planet.

There is another, less investigated, side to our local variety of democracy: how well the already materialized part of democracy in Georgia is actually working. For instance, is the Georgian electorate, with 30 years of experience, already living and voting to first elect and then, when the time comes, to change the old government for a new one through free and fair elections? I wish I could say yes to this question, but the political strain of the latest six months suggests something else entirely.

Another question: how dynamically and vigorously are our citizens participating in the nation’s political life? It would be wrong to say that our people are noticeably indifferent to the political process in the country, but they are also so tired of the electoral routine that their belief in the good of democracy has weakened to the point of anemia.

The third characteristic question about democracy would be whether the human rights of every civilian voter in Georgia are well protected, and the answer is that all is doubtful and incomplete in this part of the Georgian democratic crucible.

And finally, the rule of law, one of the strongest components of democracy: are the laws and legal procedures equally applicable to the entire population of the republic? Doubts seem to be inescapable here too. I’m not going to proceed here with my wishy-washy reasoning about our flaw-ridden juridical system, making merely a straightforward statement that court and law enforcement leaves a lot to be desired in our everyday reality, within which crime and punishment need to be matched a little more fairly than is being done right now.

In conclusion, democracy is certainly unsteady in Georgia, but as a matter of a bigger fact, it is faltering in the rest of the world too. How do we know that? Most of the now active political sociologists and leading contemporary scholars in the field of democracy studies would put it so: ‘for an election to be free and fair requires a lot of organization, preparation, and training of political parties, electoral officials, and the civil society organizations that monitor the process’. Are we doing such training? We might be, but, judging by what we see at the end of the day, we are failing to keep up, because ‘participation in the electoral process must be peaceful, respectful of the law, and tolerant of different views of other groups and individuals’. Are we aware of this? Hardly! Does the average voter respect the rights of his or her fellow citizens, and their dignity as human beings? Listen to our politicians and read the social media comments of our citizens about each other and the conclusion will be clear.