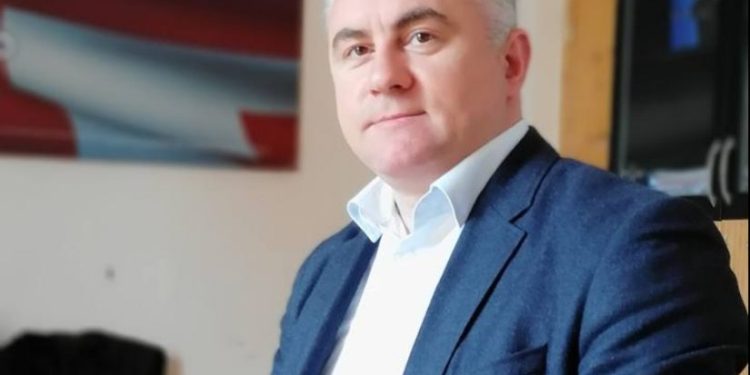 The Deputy Chairman of the Lagodekhi City Council, Giorgi Gambashidze, has left the Georgian Dream and resigned, he wrote on social media. He shares the opinion of the MPs who also left GD and writes that he wants to speak freely about international partners.

Gambashidze calls on the US Ambassador to Georgia, Kelly Degnan, to answer questions.

“It does not fit in my Georgian dream that the representative of our main friendly country does not even read the letter addressed to her to the end, and insults Misha Kavelashvili, a member of the Parliament of Georgia. For me, personally, this is alarming news and a red line.

“I am sure that Georgia will never return to the Soviet and Russian past and their directives. In addition to the occupation and a thousand misfortunes, two hundred years of oppression, Russia is not loved in this country.

“We cannot accept such an attitude from anyone else, even from a friend.

“Therefore, I decided to leave my Georgian Dream team, where I leave my heart and soul, and from tomorrow I will speak more freely about such topics. Probably everyone understands that without this decision, I would have caused serious inconvenience to our team, even with this statement,” Gambashidze wrote.

Based on his statement, “people are worried about questions”, so he asks Kelly Degnan to name at least one lie, which was stated in the letter of MP Mikheil Kavelashvili, and to answer the questions.

“Her attitude really damages the friendship and relationship built over so many years between Georgia and the US, which is not good for any normal thinking person!” he wrote.

He believes that leaving the team will help the country more.

MP Mikheil Kavelashvili, who recently left the Georgia­n Dream, addressed the United States Ambassador to Georgia with an open letter and declared that no Russian soft power can shake America’s reputation in Georgia as much as Degnan’s statements or silence, “which people may perceive as an attempt to return the National Movement to power.”

Kelly Degnan states that the letter of Kavelashvili was “full of lies and conspiracy theories”.