Deceased Girl’s Grandfather Admits to Violence Against Her 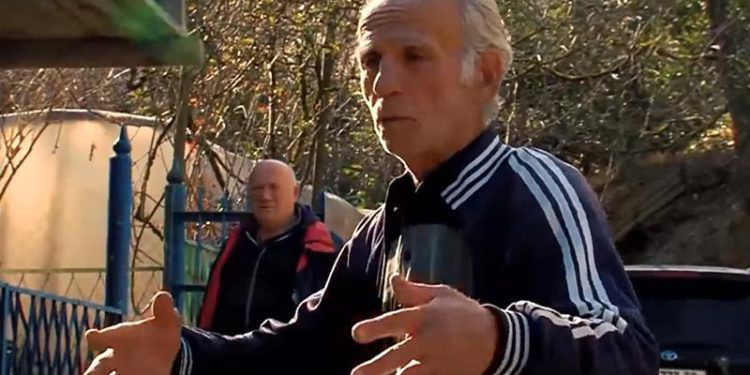 “During interrogation following the arrest, S.C. confessed to having committed violence against his granddaughter on December 10, 2020.” – Prosecutor’s Office.

The grandfather of the 14-year-old girl who committed suicide has confessed to violence against her, the Prosecutor’s Office of Georgia announced today.

The Prosecutor’s Office has charged the detainee with gender-based discrimination and threatening to kill.

“Law enforcement officers arrested S.C. on February 15, 2021, based on a judge’s ruling. During interrogation following the arrest, S.C. confessed to having committed violence against his granddaughter on December 10, 2020,” reads the official statement of the Prosecutor’s Office.

The Prosecutor’s Office has called on Batumi City Court to use detention as a measure of restraint for the accused.

The 14-year-old girl committed suicide in the western Adjara region on February 9. Her body was found by her grandfather near her house.

A 23-year-old man has been arrested on charges of having sexual intercourse with the deceased girl, allegedly leading to her suicide. Batumi City Court sentenced him to pre-trial detention on February 14.

The family lawyer and many activists have claimed the police and social care agencies failed to address the problem in a timely and efficient manner.

Local police, they say, were aware of the sexual assault incidents for months prior to the girl’s suicide.  The investigative agency says family members threatened and abused the minor, saying she had “shamed the whole family with her behavior.”

The deceased girl’s mother said her daughter had to face further discrimination from her two uncles, who physically assaulted her upon finding out about the incident.

Feminist activists announced their joining forces to launch a 100-day campaign in memory of the victim, aiming to advocate for systemic reforms in the fight against sexual discrimination.