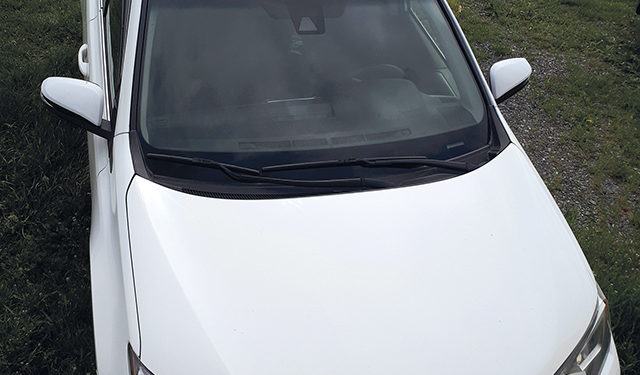 It has been interesting to compare my four automobile shopping experiences in Georgia over the years. What has changed, or not?

Three of the four times, I went to Rustavi’s huge outdoor used car market, largest such in the country; never alone. Two of those three, I took a Georgian with me, and this last time I took two Americans, all people who knew more about cars than I do and can help me make a good choice. The other time I paid an experienced Georgian to fly to Germany and drive me back a vehicle which I had found in advance, online; in the end he didn’t like it and made another similar choice with my approval. In every case, I knew roughly what I was looking for. My other buys were: a 2-door 1991 Niva, a 1999 Hyundai Galloper with radiator boiling problems at altitude, the great 2008 Toyota 4Runner which we lost in January’s fire, and my current ride. This would be similar to the last one, but a bit newer, smaller and cheaper to run.

This last time I went online to myauto.ge and did some extensive searching based on a whole set of parameters: range of production years, engine sizes, left-hand steering wheel, gasoline or hybrid engine type, miles driven, customs-cleared, location in or near Tbilisi, VIN number required to do a background check. This at least showed me what to expect for prices; although all but one of the 30-odd vehicles I found and examined this way had been through accidents and then been repaired. This seemed almost unavoidable.

I have a favorite brand for its reputation and longevity, Toyota, and also wanted a 4×4 or all-wheel drive, preferably as new as my budget could afford, automatic transmission to rest a bit while driving, ideally a hybrid engine for the best fuel efficiency. I had to drop this last one as it made my choices both too few and too expensive, as well as forcing them to have been made in 2017 or even more recently and driving up the price further. I compromised by allowing all-gasoline engines back into the parameter set, which then enlarged and became cheaper simultaneously.

However, I still ended up going back to Rustavi’s asphalt lots with their thousands of vehicles. I dreaded having to spend all day there and choosing between multiple cars. In the end, having rejected a couple of potentials because they were too old or too expensive, my friends helped me settle on the first one, for which we went as far as the online, paid VIN check. We also took it to a nearby garage and had the mechanic examine its underside, which was rust-free and in great condition by his estimation.

I tried and failed to get the price down at all (no surprise when three guys show up speaking English to each other), realized it was a great buy anyway, and went to the bank to seal the deal. Inspection accomplished, a new ID card for me as owner printed (same license plates, no need to change them), I handed over the wad of US hundred-dollar bills, he counted them, and we shook hands, both containing our delight. Then I took my two American consultants out for a celebratory lunch. The car? A white 2018 Toyota Rav4 in great condition.

Now I have been spending some of the money I saved from the maximum budgeted amount to buy some necessary accessories: a good but light roof rack, a dash-cam, insurance, the vital tools. The car runs nice and smoothly with little noise, and has some bells and whistles I have never had before, like a camera to show you what you’re backing up towards, Bluetooth, and more computer analysis of running details like fuel use and efficiency.

We have also decided that my wife will soon start driving lessons (NOT from me) and gain some considerable independence as a result. I expect she’ll do fine. Our friends’ generosity following the garage fire has brought us to this financial possibility, and we are so grateful. Life as we know it has returned a bit to the normal.