Dealing with the Jart: Etseri, Svaneti 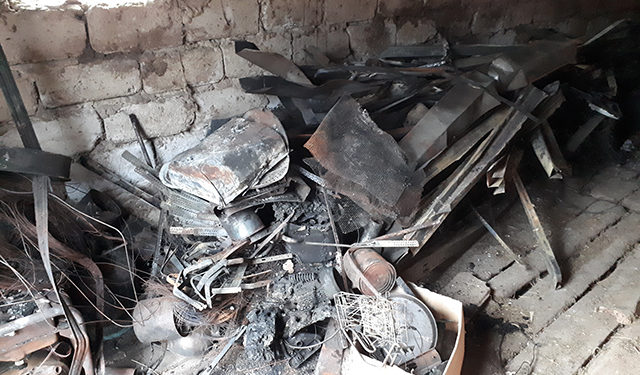 I should be glad that the Jart in this case is NOT the one I know from my science fiction reading. That one is a creation of one superb writer, Greg Bear, in his books Eon and Eternity. Bear’s Jarts are an alien species which humanity in the future has fought long and hard. They are large, very menacing looking beings with many limbs, like a monstrous lobster analog, very hard to kill, and very clever. They also play a mysterious but vital role in cleaning up the destiny of the Universe as it nears its conclusion, and in this way are indispensable, love them or not. 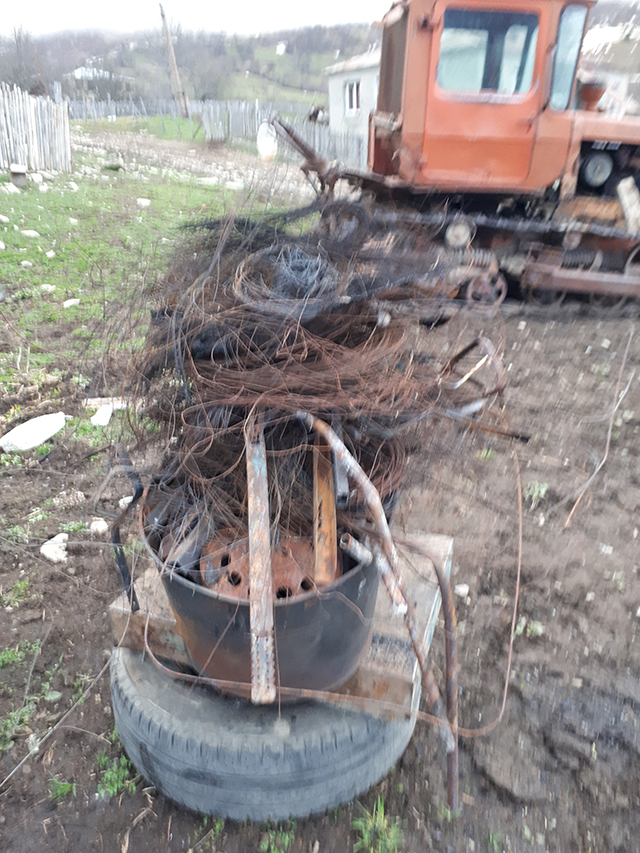 MY jart, more correctly jarti, is simply the Georgian word for scrap metal. So, much less menacing, not even animate by itself, and even able to make you some cash if you have any of it to sell. The going rate for steel jarti in my region is 70 tetri per kilogram; each kind of metal has its own price. The worst it can do is scrape you (your fault anyway) and make you think twice about when the last time was that you had a tetanus shot. It is also unlikely to be playing a major part in how the Universe ends, so there’s that too. Burnt-out, rusty or both, it’s still worth something.

My wife happened to be within earshot yesterday when the a jarti van was making the rounds in our village: we had been waiting for this chance. You see, when the fire of January 15 took out our garage full of stuff, one of the main byproducts of that event was scrap metal. Tons of it, if you include the Toyota 4Runner, which you can, as that’s all it is now: jarti.

The two men had a look through what was still in the garage, and then I took them to where the real stash was, the barn. My group of 7 young volunteer guests who had been with us during the fire had made themselves hugely useful in the days that followed. One of the main tasks they helped with was the simple sorting through of everything left in the garage, and taking to the barn of all the potential jarti. There it had sat until yesterday. 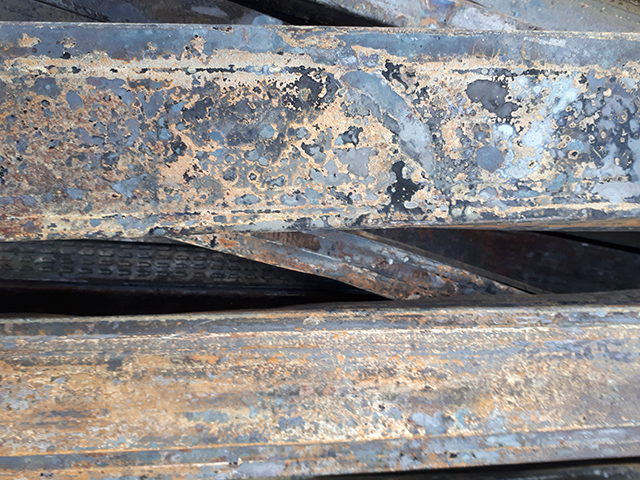 The guys had their own scale. Just as well as ours had also… burned in the fire. They piled it up with load after load of metal, putting each set into the van, which began to fill up nicely with the stuff, and kept a running written record of weight totals to add up. A defunct washing machine joined the collection, having spent some months in Tbilisi getting repaired to no avail. In the end, we massed up 500 kg of jarti, or 350 GEL’s worth, which is nothing to turn your nose up at.

They will be back for the bathtub which has been sitting unprettily in our yard since we bought the house and took it out there, waiting for me to persuade my wife to part with it instead of filling it with dirt and flowers, which in my opinion will do nothing to prettify it anyway. She’s had a decade of chance to do this and has not, so, there’s another 100-200 kg of jarti money waiting. The men will also bring a “Bulgarka”, as an angle grinder is called in Georgian-borrowed-from-Russian (actual meaning: a Bulgarian woman… some fascinating etymology there). With this, they will spend a day cutting up the car into manageable chunks, weighing them as they go, and then pay us more money for our trouble. The deal is that we throw in lunch as this is an all-day job. I doubt that I can talk them into wearing the ear protectors, without which I do not do any loud work, having learned from my father’s work-induced deafness, but one can always try.

I’m no metal sculptor, or I could make a Jart out of jarti, and our welding apparatus was lost in the fire anyway. The play on words would be limited to that tiny group of people who have both read Greg Bear and know Georgian; currently this group stands at one declared member, myself. Oh well, I might get my wife to agree to let me buy some ART from the jarti money, which would be something most satisfactory too.