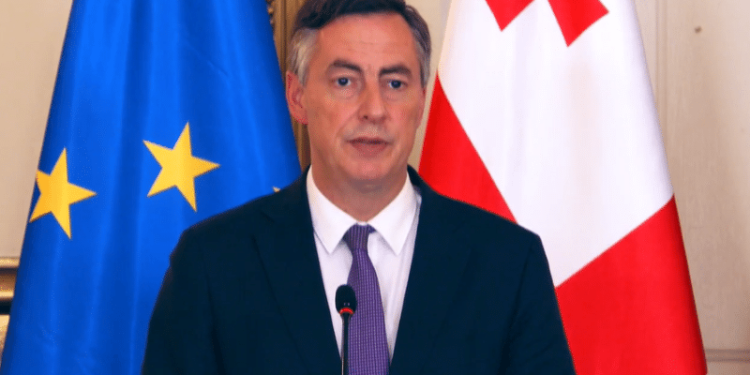 “Georgia has reflected the goal of joining the European Union and NATO in its Constitution and this has a lot of support from the population. We, Members of European Parliament, will be happy to help and support your country’s accession,” David McAllister, Chairman of the European Parliament’s Committee on Foreign Affairs, said at the briefing after meeting with President Salome Zurabishvili.

The MEP explained that the population of Georgia, who supports Georgia’s accession to the European Union, deserves to live in peace and security, in a free, democratic and prosperous country.

“I would like to emphasize once again the position of the European Parliament that European enlargement remains a merit-based process that requires appropriate reforms, especially in the field of democracy, rule of law, human rights, market economy and implementation of the European Union. This applies to absolutely all countries that want to join the European Union and it can be no subject to trade. Georgia is being assessed based on these merits, and Georgia’s accession to the EU depends on meeting the Copenhagen criteria. The people of Georgia, who support Georgia’s accession to the European Union, deserve to live in peace and security, in a free, democratic and prosperous country. The European Union is inextricably linked to peace, stability and prosperity,” said the MEP.