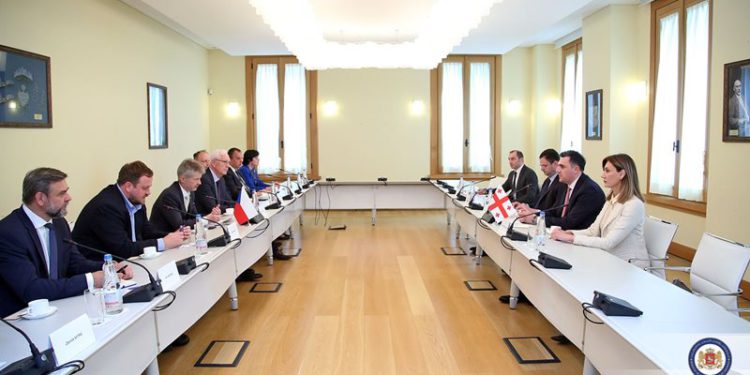 The Minister of Foreign Affairs of Georgia, Ilia Darchiashvili met with the President of the Czech Senate Miloš Vystrčil, who is on a bilateral visit to Georgia.

The sides highlighted the positive dynamics of bilateral and multilateral cooperation between Georgia and the Czech Republic, including high-level visits, which have recently acquired an intensive character.

The Minister and the President of the Senate spoke about the difficult security environment amid the ongoing war in Ukraine and stressed the importance of the international community’s active efforts to further de-escalate the situation.

The Minister briefed the Czech side on the situation in the occupied regions of Georgia. The President of the Czech Senate reaffirmed his unwavering support for Georgia’s sovereignty and territorial integrity and noted that the Czech Republic will continue to support Georgia’s foreign policy priorities, including during the Czech Presidency.

The sides noted the dynamics of the current sectoral cooperation between Georgia and the Czech Republic and welcomed the ongoing meeting of the Joint Intergovernmental Economic Commission, as well as the visit of the Czech business delegation being held in parallel to the visit of the Senate President.