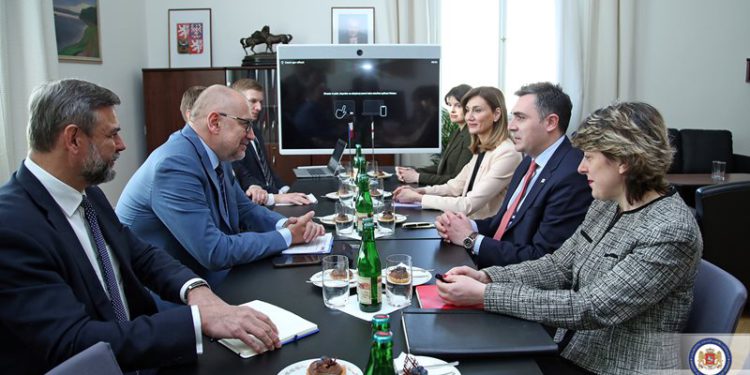 The Minister of Foreign Affairs of Georgia, Ilia Darchiashvili, started his visit to the Czech Republic by a meeting with the Minister for European Affairs, Mikuláš Bek. The main topic of conversation was the forthcoming Czech Presidency of the European Union, Georgia’s application for EU membership, and the ongoing procedures for completing the EU membership questionnaire.

At the meeting, the Czech side reaffirmed its unwavering support for Georgia’s integration goals and for the EU enlargement policy. As the Minister of European Affairs noted, during the presidency, the priority for the Czech Republic will be the associated trio and the proper positioning of all three countries. In this regard, special note was taken of Georgia’s successful reforms in the EU integration process, progress on the implementation of the Association Agreement and many other areas providing an important basis for further success in the process.