Criminal Arrest Or Elimination Of A Political Dissident; The Story Of Soso Gogashvili 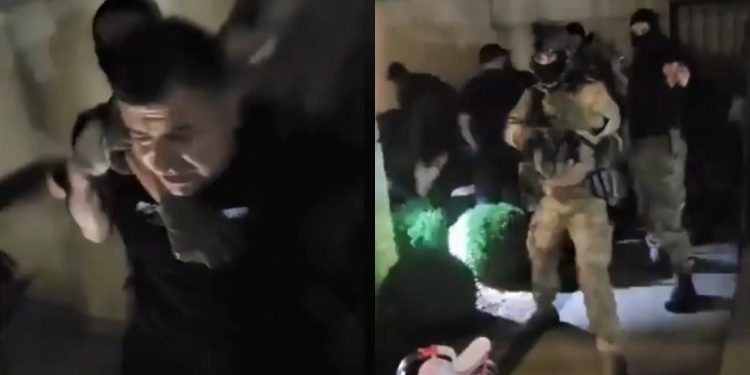 Georgia has recently come under fire from European leaders. EU members have criticized the nation’s leadership for its lack-luster performance in the areas of rule of law, freedom of the press, and the fight against corruption. However, one recent and developing story could be just the tip of the proverbial iceberg in this matter.

On the night of July 15th, the former deputy head of the Georgian State Security Service (SSSG), Soso Gogashvili was detained in Tbilisi at his home. Police special response teams and investigators were seen in a video dragging the man from his home, surrounded by a small army of armed men. For over 12 hours, the police forces remained at the home. However, he has only reportedly been charged with “Infringement on information reflecting personal life or personal data.”

This is hardly a charge to require the use of such an immense raid team. Statements from family and his attorney may shed some light on what he is actually to have alleged to have done. According to his attorney, he has been detained for releasing information about the falsification of elections in Georgia. “He had a specific, consolidated document and schemes of what exactly and how was carried out during the elections. The documents are already outside the country and can be made public in the near future,” his lawyer said in a statement.

The information Gogashvili is alleged to have released has damning evidence that supposedly proves fraud in the 2021 municipal elections. Both his lawyer and his family claim he was unlawfully beaten during the arrest and had weapons planted on him by law enforcement. The Public Defender’s office confirmed the presence of external injuries during a meeting with Gogashvili after incarceration.

Gogashvili has not been new to controversial events. He was under heavy criticism following the highly criticized 2017 Pankisi Raid that left a 19-year-old boy dead. Temirlan Machalikashvili was shot in the head while in bed as SSSG special response units raided his home, according to eyewitnesses to the incident. Gogashvili played a key role in the raid. He said that the son and father “was preparing this crime step by step,” and stated afterwards that the operation was saving his “family from destruction.”

He was also alleged to have been involved with the leak of tapes involving pro-opposition media outlet Mtavari Arkhi. These tapes were supposed to have been illegal wiretapping recordings by the SSSG. In these tapes, he is alleged to have acted as a “mole,” supplying SSSG information to pro-opposition media organizations. More recently, and only hours prior to his arrest, he released documents to foreign diplomats and organizations. These documents allegedly show proof of tampering with the municipal elections in 2021.

The family of Gogashvili has said they witnessed the police planting weapons in their house in an effort to justify their use of force and potentially charge him further. According to Gogashvili’s wife, Tea Martkopashvili, she saw police plant a kalashnikov-style rifle on their property. This, along with other firearms, were planted in her presence she claims.

While the proceedings will begin shortly, it’s unclear if any further charges will be added at the time of writing. If the arrest is indeed politically motivated, it further distances Georgia from its aspirations of becoming a member of the EU. Some inside Parliament had commented on his arrest, asking that their identity be withheld, stating that he was a “butcher” and became wealthy by “selling our secrets to everyone.”

By any measure, his trial will likely be closely observed by both domestic and foreign observation bodies. In any Western democracy the accused individual has the right to a fair and impartial trial. Soso Gogashvili’s trial will be a litmus test for the Georgian judicial system as the nation strives for advancement towards EU membership.