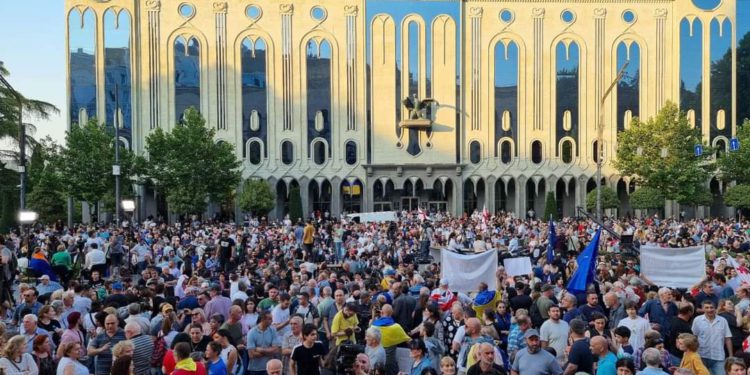 The creation of a new people’s movement was announced at the rally in front of the Parliament of Georgia yesterday.

Shota Digmelashvili, an activist of the Shame Movement, claimed in his speech at the rally on Rustaveli Avenue that the new people’s movement “will return the homeland to Europe.”

The new movement will be officially presented on June 24, after the European Council announces its decision on Georgia.

“On June 24, the European Union will announce its decision regarding Georgia and we will gather here again. This meeting will be not only to turn our love for European way of rule, but also to turn our anger towards oligarchic rule. Therefore, on June 24, a new movement will be presented to you, which will be led by you, the people. Our call is to create a national council of the people’s movement with an equal, unanimous parity, but with a majority of civil society votes, that unites us all, civil movements and groups, NGOs, journalists and media unions, political parties, student, cultural and professional unions. Based on the consensus of all the groups included in it, the new civil movement will make demands of the government. Failure to comply with our demands will lead to mass disobedience,” Digmelashvili said.