Counsel for Georgia: Keep Up the Neutrality! 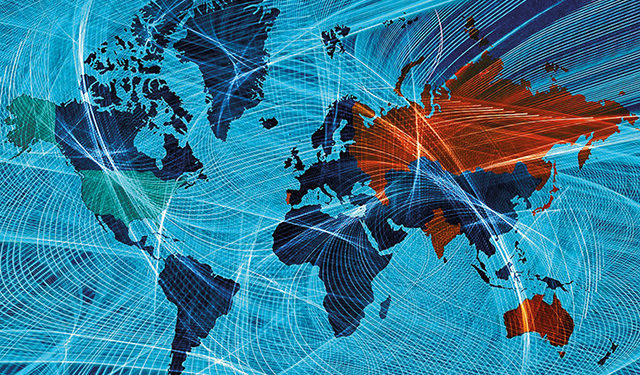 It would probably take a genius to know the right advice to give Georgia’s current leadership concerning the way it should behave if the much talked about and presumed incipient fratricidal war kicks off between Russia and Ukraine (a potential event which would make zero sense to any of the concerned parties, or the rest of the world, I would say).

The global mass media, especially its western wing, has gone absolutely hysterical about the possibility of Russia’s unleashing war on its erstwhile ally and historical blood-brother Ukraine.

Georgia is definitely tired of living between the hammer and the anvil. A part of Georgian society, as polarized as it is today, remains radical in terms of evaluating the relationship between Russia and Georgia, condemning anything that is “Russian,” including even the language, culture and literature. The other part tends to perpetuate the idea that we’d better find a means to befriend Russia all over again so that our physical survival is provided for. It seems like both attitudes lack reason and abound in emotionality: the former obsessed with the immediate radical westernization of Georgia, and the latter stubbornly digging in to reinstate the once adorable Russian-Georgian social interaction.

The way out of the lately crystallized situation on the international arena seems to be the extant model of diplomatic behavior of the current Georgian government, whose effort to maintain neutrality and develop a multi-vector policy in the region seems most optimal for the day. If irritating Russia, that giant of worldwide geopolitical interaction, is reckoned unwise as a minimum, then we should understand why this Georgian administration wants to steer clear of bringing the beast out of the ‘giant’, refusing to support the Ukrainian cause by using unnecessary and irrelevant emotional and verbose statements, just to play to the fits and whims of its local political opposition- an opposition which is jumps out of its skin several times a day to prove it is still alive.

Why is maintaining a calm and neutral position so bad for Georgia in this tragically deteriorated Russian-Ukrainian deal? Who says it is right and practicable for us Georgians to build goodwill with Ukraine and continue constructing the daggers-drawn attitude towards Russia? Why would this be rational and a win-win for us, one of the smallest nations in the world and not the richest either? Why is the Georgian-Ukrainian brotherhood so valuable and the Russian-Georgian slightly improved and seemingly promising friendship so cheap?

Georgia should not, cannot and will not fight with anybody any more for the very simple reason that we have fought enough in the last thirty years, and having achieved nothing valuable, we are now too exhausted to be out shooting. We need the world to cooperate with us so as we are to build back and up our own lives, to overpower the destructive errors of the recent past and hold up the constructing blueprint of our labor and understanding.

If, God forbid, war bursts out between Russia and Ukraine, I’d rather our soldiers stay home and get ready to defend our own land, which is already cut to pieces, and to cure those historical lacerations struggling to heal. We cannot afford to love some nations and hate others; we need to be in mutual love with all of them. Not even one enemy should be made out of the nations that are living and working around us. You want to call me a pacifist? So what! The epithet doesn’t offend me. Call me whatever you want, but keep Georgia safe and sound. Enough is enough!

The Russian-Ukrainian skirmish reminds of a husband-and-wife scuffle – they fight today and may kiss tomorrow. Having that in mind, Georgia might feel strange if Russia and Ukraine make it up again; embarrassed because we didn’t use enough ruses to manage it with better smarts. Neutrality may sound like a piece of cake at this heating-up moment, but let’s keep it up, so that nothing regrettable for this country emerges in the future, a future that might not be very far away at all.