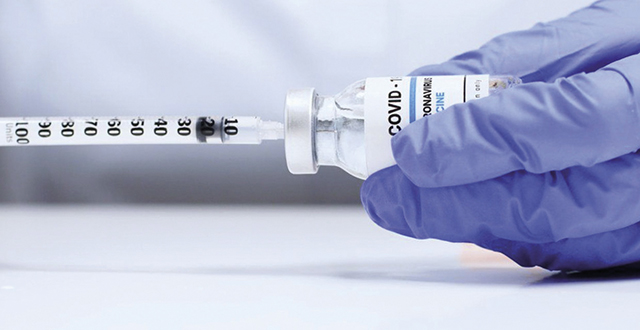 It’s an ongoing tale, however tired we are of hearing about it. COVID-19, which first emerged as horror-movie-like rumors in December 2019, is still raging throughout the world, and in Georgia no less. GEORGIA TODAY gives you the latest news on the pandemic below.

Infections Home and Abroad
On Thursday, Georgia reported 1433 new coronavirus cases, 1160 recoveries, and 18 deaths.
29,024 tests in the 24 hours prior revealed that Georgian capital Tbilisi recorded the highest number of COVID-19 cases (904), followed by the Adjara region with 146 cases, and the Samegrelo-Zemo Svaneti region with 99 cases.

To date, 43,568 Georgians have received a coronavirus vaccine.

The government announced plans to shut down municipal transport (buses, the metro) from May 3 to 12, during the majority of the declared 10-day public holiday, though intercity transport (minibuses, trains, coaches) will be running.

Cemeteries, the “go-to” destination for the majority of families over the Easter weekend, will, like last year, be shut.

The curfew will not be lifted even during the Easter holiday; however, as an exception and in connection with the Easter Liturgy, the restriction on movement will be in force from 23:00 on May 1 until 04:00 on May 2.

The Turkish government this week declared plans for a full lockdown due to the deteriorating epidemic situation in the country.

President Recep Tayyip Erdogan announced that Turkey will be completely closed from April 29 to May 17. During this period, schools will be closed, shops will not open on Sundays, and on other days only for certain hours. Travel between cities will be possible only with special permission. Cafes and restaurants will work only with delivery service, and supermarkets will be closed on Sundays.

More than 4.6 million people have been infected in Turkey during the epidemic. At the beginning of April, Turkey proudly announced that it had been ranked sixth among countries for the highest number of vaccines. Health Minister Fahrettin Koca said that by April 4, Turkey had administered more than 16.6 million coronavirus vaccine jabs countrywide.

In India, in the 24 hours of April 25-26, more than 349,000 cases of infection were reported, its highest rate during the whole pandemic, largely due to the emergence of a new strain of coronavirus.
The double mutation COVID-19, first observed in India, is a combination of the increasingly common South African and Brazilian strains.

However, the severe situation in India may also be related to pre-election mass rallies and religious holidays. A one-week quarantine has been introduced in the country’s capital, Delhi, where hospitals have already been overwhelmed.

The “Indian strain” has proven dangerous for all age groups. So far, it has not been detected in Georgia.
According to the head of the Georgian National Center for Disease Control, Amiran Gamkrelidze, caution is needed regarding the Indian strain of coronavirus, for which the country has taken appropriate restrictive measures.

“We have to be very careful about the Indian strain, so Georgia and a number of other countries have imposed appropriate restrictive measures on passengers coming from India. But please do not create a stir. This is a normal mutated strain. It is not yet known in India whether this strain prevails or if it is the same British strain that is circulating everywhere today, including in our country. It is almost always the British strain, just like in Europe, and all these strains still obey the vaccines that are administered today, more or less effectively,” he said.

The Ongoing Vaccine Program
Nearly 7000 Georgians have registered for jabs of the Chinese ‘Sinopharm’ vaccine so far, Gamkrelidze noted this week.

At the first stage, 50 thousand people can register.

“There were 6705 reservations made for Sinopharm this morning,” Gamkrelidze said Wednesday. “We have 100 thousand doses that need to be done twice. 50 thousand people can register. We are discussing how to expand access,” he said.

It was announced Tuesday that all citizens over the age of 18 can be vaccinated with Sinopharm.
Minister of Health Ekaterine Tikaradze noted that there are a number of important studies where Sinopharm has been proven safe for citizens aged 18 to 60.

“Therefore, relying on the international decision, we will give our citizens the opportunity to be vaccinated with Sinopharm,” she said.

The immunization process with Sinopharm will kick off on May 4. Sinopharm is the third available COVID-19 vaccine for the Georgian population after AstraZeneca and Pfizer.

Vaccination in Georgia started on March 15.

Gifts from Afar
Sinovac, a Chinese vaccine not yet in Georgia, though some trials abroad have suggested efficacy as low as 50%, has the advantage that it can be stored in a standard refrigerator at 2-8 degrees Celsius, like the AstraZeneca vaccine, which is made from a genetically engineered virus that causes the common cold in chimpanzees. In comparison, Moderna’s vaccine needs to be stored at -20C and Pfizer’s vaccine at -70C. It means that both Sinovac and the Oxford-AstraZeneca vaccine are a lot more useful to developing countries which might not be able to store large amounts of vaccine at such low temperatures.

To help with this dilemma, the US Government gifted Georgia three minus 80-degree refrigerators needed to store vaccines last week. The refrigerators were installed at the National Center for Disease Control.

Deputy Head of the US Mission in Georgia, Rian Harker Harris, stated in an interview with Channel One: “I am happy to hand over three fridges to the NCDC. This will help Georgia in the process of vaccine preparation and administration, and will improve the NCDC’s system for vaccine storage, cold chain management, and immunization,” he said.

“This donation is part of the US European Command’s more than $1 million assistance to Georgia in the fight against coronavirus. The US Embassy continues to support Georgia in its fight against the pandemic and to help the country improve its healthcare system.”

The Prime Minister of Georgia Irakli Garibashvili stated this week that intense negotiations are underway with vaccine manufacturers and partner countries to mobilize additional doses of the vaccine as soon as possible.

“In a telephone conversation with Albert Bourla, Chairman and CEO of Pfizer, we discussed the issue of delivering an additional million doses of Pfizer,” the PM said. “We talked about the logistical and technical readiness to receive additional doses of Pfizer in Georgia, including the ultra-cold chain system, as well as the vaccination process. I mentioned that the Pfizer vaccine is highly reliable in Georgia. We focused on the National Vaccination Plan, which aims to vaccinate 60% of the population by the end of the year, and the special importance of mobilizing appropriate doses of the vaccine in a timely manner,” his statement reads.

Benefits for those vaccinated?
Amiran Gamkrelidze said this week that people who take a full course of vaccination may receive certain benefits, including the right to move during the curfew.

“The NCDC intends to take the initiative to support the Coordinating Council in providing benefits to people under restriction. We are working on several points that are internationally practiced, including free movement during the curfew, providing a document to help vaccinated citizens travel abroad, and other initiatives,” he stated.

The NCDC director added that they cannot voice in advance what types of benefits are being discussed, but their aim is that vaccinated people will have more rights than the rest of the population, which should encourage others and increase interest among the population for quick vaccination.

Parliament to Start Work on Fulfilling EU Conditions for Candidacy

DRI: A Year On Since July 5 Violence, Organizers Haven’t Been Punished