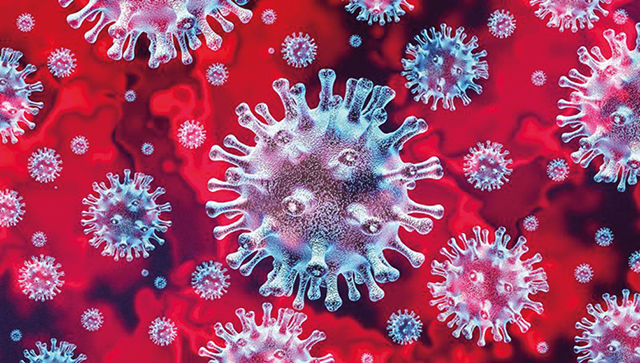 In recent days, a slight decrease has been observed in both newly detected cases reported daily and in the number of fatalities. However, the number of daily coronavirus cases in Georgia is still high.

Omicron has not been registered in Georgia yet.

Speaking of Omicron, NCDC Head Amiran Gamkrelidze noted that it would appear in Georgia, too, and urged citizens to get a booster dose due to its effectiveness against the new variant.

“Israel has already started thinking about it,” he added.

The Statistics
The country reported 3988 coronavirus cases, 4588 recoveries, and 49 deaths on Tuesday. Tbilisi recorded the highest number of 1699 Covid-19 cases, followed by the Imereti region with 658 cases, and the Shida Kartli region with 312 cases.

3123 coronavirus cases were reported on Thursday, alongside 4215 recoveries and 39 deaths. Tbilisi recorded the highest number of 1430 Covid-19 cases, followed by Imereti with 481 cases, and the Adjara region with 243 cases.

The daily test-positivity rate stands at 6.34 %.

The Cases Worldwide
Concerns about the Omicron strain continue to grow among health officials, who urge the population to strictly observe safety norms and refrain from traveling.

As such, the federal government of Canada said it would change its travel guidance Wednesday to officially advise Canadians to avoid non-essential travel outside of the country.

WHO chief Tedros Adhanom Ghebreyesus told reporters on Tuesday that Omicron had been detected in 77 countries and was probably present in most countries worldwide.

The worldwide data provided by Reuters, CBC News and The Associated Press is as follows:

Britain is also accelerating its national vaccination program, with a goal of offering a booster dose to every adult by the end of December.

The EU
Greece, Italy and a handful of other European Union nations began vaccinating children ages 5-11 against Covid-19 on Wednesday as EU governments braced for the Omicron variant to spread quickly during the travel and big gatherings of the holiday season.

The US
The US is facing rising infections and the new Covid-19 variant. This week, the US death toll from Covid-19 passed 800,000, the highest reported toll of any country in the world.

“The deadly milestone comes as cases and hospitalizations are on the rise again in the US, a spike driven by the highly contagious Delta variant, which arrived in the first half of 2021 and now accounts for nearly all infections,” reported the Guardian.

The Situation in Georgia’s Neighboring Countries

Russia
Russia on Thursday confirmed 28,486 Covid-19 infections and 1133 deaths. Russia has not yet provided all the information requested by WHO to certify the country’s flagship Sputnik V vaccine, Kremlin spokesperson Dmitry Peskov said Tuesday, reported the Moscow Times.

Russia confirmed its first cases of Omicron on December 6. The new strain was detected in two people who traveled into the country from South Africa.

Armenia
As of Wednesday morning, 212 new cases of the coronavirus were confirmed in Armenia, and the total number of cases has reached 342,977. 11 more deaths from COVID-19 were registered, making the respective total 7856 cases. The country is still battling a strong vaccine denial movement. Currently, only 15% of the population is fully vaccinated.

Azerbaijan
Covid-19 infections are decreasing in Azerbaijan, with 1051 new infections reported on average each day. That’s 25% of the peak — the highest daily average reported on December 14.

There have been 607,076 infections and 8137 coronavirus-related deaths reported in the country since the pandemic began. The vaccination rate in the country is high: more than 4.5 million people, which is slightly less than half of the country’s population of ten million, have now been fully vaccinated.