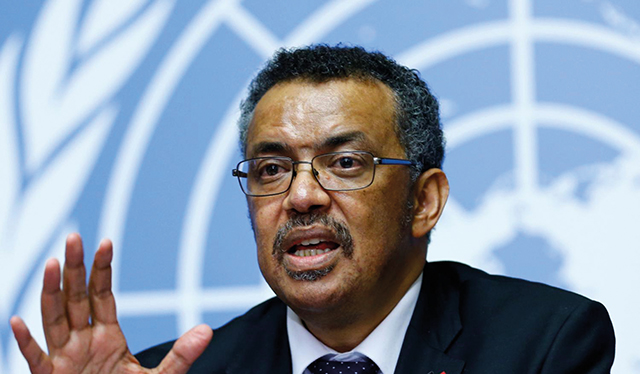 Following the rapid spread of the new Omicron strain, the numbers of newly detected daily cases reached an alarming level in Georgia this week. Against this background, the educational process in schools across Georgia was resumed from Monday, January 17. According to the Ministry of Education and Science, all public and private schools in Georgia were fully prepared to renew the educational process in school buildings, however, the move concerns health officials and many parents worried about the potential rapid spread of the virus among schoolchildren.

In terms of high transmission of the virus, the situation is particularly difficult in the capital Tbilisi, and in the Adjara and Imereti regions.

The Statistics
On Tuesday, the country recorded 7521 coronavirus cases, 3160 recoveries, and 31 deaths.
Tbilisi recorded the highest number of 4171 Covid-19 cases, followed by the Adjara region with 801 cases, and the Imereti region with 792 cases.

On Thursday, the country recorded 6351 cases, 3043 recoveries, and 27 deaths. Tbilisi recorded the highest number of 3742 Covid-19 cases within 24 hours, followed by the Adjara region with 903 cases, and the Imereti region with 510 cases.

There are 46 people quarantined, 4443 Covid-19 patients in hospital, and 1,746 asymptomatic and mild symptom patients being housed in the government-assigned facilities.

Approximately 1200 Omicron strain coronavirus cases have been confirmed in Georgia so far. Only 14 of those required hospitalization, said Tamar Gabunia, Deputy Health Minister.

She added that the majority of the infected persons are fully vaccinated and only a booster jab could double protection.

The Regulations
Despite the rising cases, the Georgian government cut the minimum self-isolation and quarantine period to 8-10 days for vaccinated persons from this week, depending on symptoms.

“For asymptomatic-mild cases, quarantine will be required for 8 days,” Gabunia announced this week. “At least 24 hours should have passed after the disappearance of the symptoms before ending that quarantine. Wearing a mask for the next 5 days after isolation is strongly recommended.

“For moderate and severe cases, the isolation term is at least 10 days. At least 24 hours should have passed after the disappearance of the symptoms before ending that quarantine. Here, too, for the 5 days after the end of isolation, it is strictly mandatory to wear a mask.

“As for contacts, the terms here are also being reduced and eased. If the contact of a Covid-positive patient is vaccinated, including persons with booster vaccination and those who have had only the first two doses, within 2 weeks-90 days after receiving these doses, quarantine will not be necessary. Further, 60 days after being infected with Covid, individuals, under the strict recommendation of using a mask, need no longer be quarantined within 10 days of contact.

“The unvaccinated are still recommended to stay in quarantine for 8 days after contact and to use a mask for a period of 9-12 days,” she added.

Importantly, this Thursday, Switzerland recognized Georgian Covid-passports. The news was published on the website of the Swiss Federal Department of Health, according to which Georgia is on the list of about 30 countries whose passports are recognized by the country.

According to the same information, the agency urges citizens to take into account that it is still mandatory to take a test and a Covid-certificate alone is not enough to enter the country.

The Cases Worldwide
As of Wednesday evening, more than 337 million cases of Covid-19 had been reported worldwide, according to Johns Hopkins University’s coronavirus tracker, while the reported global death toll stood at more than 5.5 million.

In the UK, Covid cases are at the lowest level for a month. The UK reported another 81,713 coronavirus cases on Monday, the lowest daily level seen since 15 December.

The apparent ebbing of the Omicron wave comes as some experts claim the end of the pandemic is in sight for the UK, reported the BBC.

However, the number of deaths within 28 days of a test remains high, with 1843 over the past seven days, a 45% rise from the previous week. The number of hospital patients with Covid has dropped.

Prof Julian Hiscox, Chairman in Infection and Global Health at the University of Liverpool, told the BBC that we are heading towards a new phase of the pandemic where the virus has a lesser impact on daily life.

“We’re almost there, it is now the beginning of the end, at least in the UK. I think life in 2022 will be almost back to before the pandemic,” he said.

However, the head of the World Health Organisation (WHO) has issued a warning to world leaders that the coronavirus pandemic “is nowhere near over”.

Dr Tedros Adhanom Ghebreyesus cautioned against the assumption that the newly dominant Omicron variant is significantly milder and has eliminated the threat posed by the virus, reports the BBC.

Based on the same source, France reported nearly half a million new daily cases on Tuesday.

For the first time since the start of the pandemic, more than 100,000 new infections were recorded in Germany within 24 hours on Wednesday.

While the variant may prove to be less severe on average, “the narrative that it is a mild disease is misleading,” Ghebreyesus said.

In the Americas, the Biden administration will begin making 400 million N95 masks available for free to Americans starting next week, now that federal officials are emphasizing their better protection against the Omicron variant over cloth face coverings.

Brazil reported 204,854 new confirmed cases in the past 24 hours, breaking the country’s previous record for the second day in a row, the Health Ministry said on Wednesday.

Meanwhile, doctors and medical workers in Poland fear the country’s healthcare system may not be able to cope with the latest surge of COVID-19 infections. More than 30,000 new cases in 24 hours were reported Wednesday, and health authorities are expecting the figure to almost double in the next week, reports CBC News.

As reported by CBC News, in the Middle East, Israel will continue to offer a fourth Covid-19 vaccine shot despite preliminary findings that it is not enough to prevent Omicron infections, the Health Ministry said on Tuesday. A preliminary study published by an Israeli hospital on Monday found that the fourth shot increases antibodies to even higher levels than the third but “probably” not enough to fend off the highly transmissible Omicron.