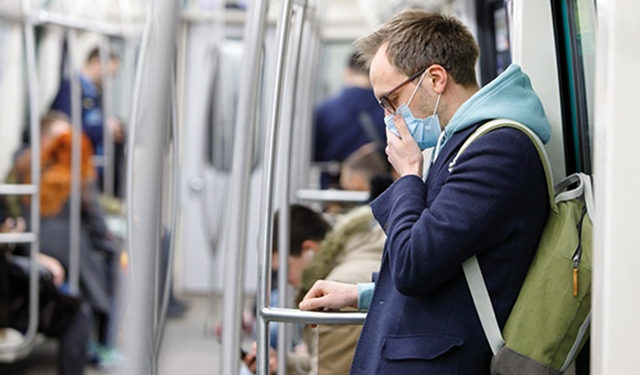 Against the background of the stabilizing epidemiological situation in the country, the Interagency Coordination Council ruled to ease several Covid-related restrictions this week.
From March 1, most of the restrictions imposed due to the pandemic will be lifted.

A meeting of the Interagency Coordination Council led by Irakli Garibashvili, Prime Minister of Georgia, was held at the Government Administration. It was noted that the peak of the Omicron strain has passed, thus enabling the gradual easing of current restrictions.

To admit 50% of the full capacity of spectators to the Rugby Game scheduled between Georgia and Russia on February 27;

Any citizen of a foreign country will be admitted through the air, land, and marine borders of Georgia from March 1, provided they are fully vaccinated or have negative PCR test results (valid for 72 hours) with no obligation to get re-tested on the third day if not vaccinated;

Citizens of Georgia can reenter the country (a) with a negative PCR test result with no obligation to get re-tested on the third day; (b) with an obligation to stay in self-isolation for 5 days instead of 8 if no PCR test is presented at the border;

15 individuals will be allowed to sit around a single table outdoors at eateries, instead of 10;

10 individuals will be allowed to sit around a single table indoors at eateries, instead of 6;

Restriction on the maximum number of visitors is deemed void;

Social gatherings (parties, weddings, funerals) will be allowed with the 10 individuals around a table indoors and 15 outdoors;

Quarantine spaces, i.e. “Covid Hotels” – will be void from March 1. Admission of infected individuals to such places has already been stopped;

Obligation to run thermal screening and record-keeping has been stopped;

Obligation to have disinfection floor mats has been stopped;

Restriction on catering at canteens has been removed;

Operation of nightclubs is permitted from March 4, provided only 60% of the overall space is occupied by visitors;

Conferences, seminars and trainings will be permitted without restrictions from March 15;

The Coordination Council will gather for regular meetings once a fortnight, instead of at weekly meetings.

The Council is also expected to discuss easing the obligation to wear a face mask outdoors.

The Statistics
Georgia reported 12,101 coronavirus cases, 14,764 recoveries, and 45 deaths on Tuesday. Tbilisi recorded the highest number of 5269 Covid-19 cases within the last 24 hours, followed by the Imereti region with 1935 cases, and the Shida Kartli region with 918 cases.

Georgia reported 8455 coronavirus cases, 18,206 recoveries, and 41 deaths on Thursday. Tbilisi recorded the highest number of 3548 Covid-19 cases within the previous 24 hours, followed by the Imereti region with 1438 cases, and the Kakheti region with 664 cases.

The Cases Worldwide
The situation is also gradually stabilizing worldwide, with many countries lifting restrictions.

The number of new Covid-19 cases worldwide has dropped by 19% in the past week, while recorded deaths remain stable, the World Health Organization’s (WHO) latest report on the coronavirus pandemic notes.

The United Nations’ health agency said late on Tuesday that “just over 16 million new cases and just under 75,000 new deaths were reported” globally during the week of February 7 to February 13.

The Western Pacific was the only region to report an increase in new weekly cases, a rise of about 19%. Southeast Asia recorded a drop of about 37%, the biggest decrease across the six WHO regions.

The biggest number of new Covid-19 cases was seen in Russia. Cases there and elsewhere in Eastern Europe doubled in recent weeks, driven by a surge of the hugely infectious Omicron variant.

Hong Kong invoked emergency powers so that doctors and nurses from mainland China can join its efforts to fight what it said was a “dire epidemic situation” as the Omicron variant of the coronavirus sweeps across the densely-populated territory.

Authorities on Thursday morning reported 8674 new cases, nearly all of them locally acquired.

“Hong Kong is now facing a very dire epidemic situation, which continues to deteriorate rapidly,” the government said in explaining its need for the emergency powers.

“Hong Kong was a poster child of pandemic control success over the past two years. By the end of 2021, the city of 7.5 million had recorded only 12,650 cases and fewer than 220 deaths.

“But the city has been brought to its knees with the arrival of the highly transmissible Omicron variant. The number of reported cases has soared to more than 66,000 in just a couple of months,” reported the BBC.

Hong Kong’s medical system is on the brink of collapse, say experts. “Because of our success, paradoxically, people had been lulled into a sense of false security,” said Gabriel Leung, HKU’s dean of medicine.