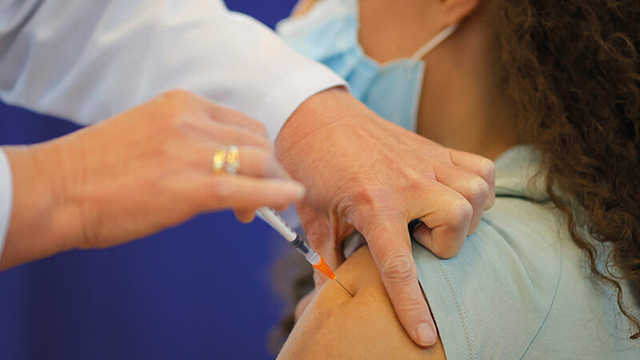 Following the lifting of several restrictions, including wearing face masks in open spaces, coronavirus cases started to increase in Georgia, with the country reporting no less than 1000 new cases and up to 20 deaths daily throughout the past week.

Further, just like worldwide, there are serious concerns regarding the spread of the Delta (Indian) strain in the country, which is also gradually replacing the so-called British strain in European countries.
Georgia’s Deputy Minister of Health, Tamar Gabunia, said this week that the increased rate of coronavirus spread and the increased death toll might be linked to the spread of the Indian strain.

On June 29, Amiran Gamkrelidze, Head of the National Center for Disease Control, said seven more cases of the coronavirus Delta strain had been confirmed in Georgia.

“The number of cases has increased, and yesterday seven cases of Delta were confirmed. As various forecasts indicate, both by international institutions and our modeling, we think that the circulation of the Delta strain in the country can vary from 10 to 20%,” he added.

The NCDC head also noted that more than 400 tourists arriving in Georgia had tested positive for coronavirus over the past month.

Some of them were diagnosed with the virus while in the country; however, Gamkrelidze did not specify which strains of the virus these tourists were infected with.

The Vaccines
Against the background of this situation, the vaccination process in Georgia is moving slower than many would like, and, to date, just under 262,000 people have received a vaccine, while only around 100,000 are fully vaccinated.

Yet, the country is preparing for mass immunization. Georgia is expected to have more than a million vaccines in the country by the end of July, in particular, the import of Sinopharm, Sinovac, Pfizer and AstraZeneka is being discussed.

International Developments
The ‘new phase’ of the pandemic is noticeable around the world.
Recently, it was announced that Hong Kong is to ban all flights from the UK to curb the spread of the Delta variant of COVID-19. The ban comes into effect on July 1 and affects all incoming passenger flights from Britain. The ban also means that people who recently spent more than two hours in Britain will not be allowed to board flights to Hong Kong from any airport, the BBC reported this week.

Despite high vaccination rates, the UK is currently seeing Europe’s highest number of daily new cases by far. Most of the new infections are linked to the Delta variant, first detected in India. Hong Kong, however, confirmed its first local Delta variant only last week, ending a 16-day streak of zero local cases. The 1 July flight ban is the second time Hong Kong has stopped arrivals from Britain after a ban from December 2020 until May of this year.

Outbreaks have also emerged in Australia in this ‘new phase’ of pandemic. Australia’s Prime Minister Scott Morrison this week met national leaders for emergency talks on how to tackle a spike in COVID-19 infections, following an outbreak in Sydney linked to the highly contagious Delta variant which grew to 128 cases. Cases have also been recorded in the Northern Territory, Queensland and Western Australia. The situation remains most concerning in Sydney, where some five million residents are subject to a stay-at-home order. Many businesses and venues have been ordered shut.

The more transmissible Delta variant has spread to almost every state in the US, fueling health experts’ concerns about COVID-19 spikes, CNN reported.

The variant is expected to become the dominant coronavirus strain in the US, and with half the US still not fully vaccinated, doctors say it could cause a resurgence of COVID-19 in the autumn, just as children too young to get vaccinated go back to school.

Canadians have also been advised “not to take their masks off yet,” as they should be more cautious with the Delta variant spread, experts say.

Dr. Theresa Tam, Canada’s chief public health officer, said that Canada has to watch for the transmission of COVID-19 variants “very carefully,” including for considerations around masking guidance.

She added that Canada can prevent a fourth wave of the pandemic, even with the more transmissible Delta variant, if vaccine coverage increases. She highlighted the 80% coverage in the younger adult population.

Vaccination Advice
In a virtual press conference from the World Health Organization (WHO) last Friday, Assistant Director-General for Access to Medicines and Health Products, Dr. Mariangela Simao, highlighted the importance of people receiving a full vaccine course, in addition to masking and other public health protection measures, even those individuals who are fully vaccinated.

The Pfizer/BioNTech vaccine has been shown to be 88% effective against symptomatic infections caused by the Delta variant, but only two weeks after the second dose. Those who received only one dose have significantly less protection.

A mix-and-match approach to COVID-19 vaccines, using different brands for first and second doses, appears to give good protection against the pandemic virus, a UK study has found.

The Com-Cov trial looked at the efficacy of either two doses of Pfizer, two of AstraZeneca, or one of them followed by the other.

This knowledge could offer flexibility for vaccine rollout, say experts.

The trial results also hint that people who have already received two doses of AstraZeneca vaccine could have a stronger immune response if they were given a different jab as a booster if recommended in the autumn.

Some countries are already using mixed doses. Spain and Germany are offering the Pfizer or Moderna mRNA vaccines as a second dose to younger people who have already received a first dose of the AstraZeneca vaccine, following concerns about rare but serious blood clots, rather than about efficacy.
Two doses are important to give the fullest protection and teach the body to make antibodies and T cells to block and kill COVID-19.