Conference on Ending Violence against Women: Time for Action 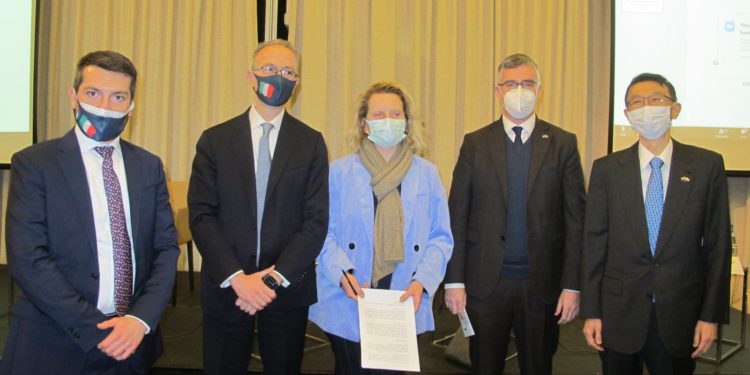 The Embassy of Italy in Tbilisi and the Office of the Council of Europe in Georgia, organized on 25 March a Conference aimed at raising awareness and fostering action to end violence against women and girls, while emphasizing the need to strengthen the protection of women’s rights.

The event was held both in-person and remotely, through a Zoom video conference. Gender-related issues have been examined in their overall implications, both at the global level and in Georgia. Efforts within the Council of Europe have been recalled, also in light of the Italian ongoing Italian Presidency of such Organisation, likewise to other international fora, including the United Nations and the Convention on the Elimination of all Forms of Discrimination Against Women (CEDAW). 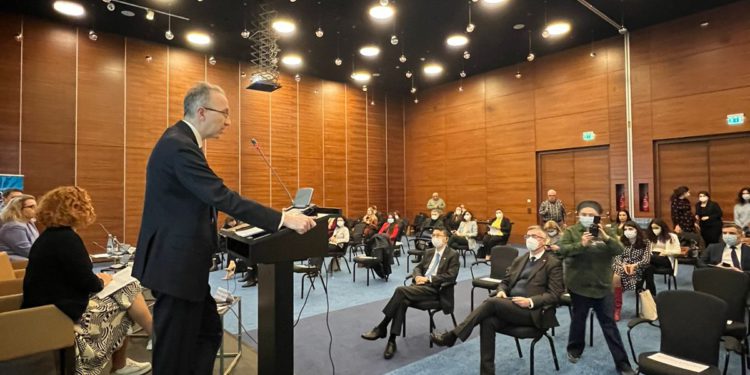 This provided a valuable opportunity to take stock of the progress achieved by Georgia in this respect and to highlight the remaining challenges, alongside the actions needed to further enforcing women rights. The event has been kicked-off by H.E. the Ambassador of Italy to Georgia Enrico Valvo, the Head of the Council of Europe Office in Georgia Natalia Voutova, and other distinguished guests, such as the Chairperson of the Gender Equality Council of the Parliament of Georgia Nino Tsilosani and the Advisor to the Prime Minister of Georgian on Human Rights Niko Tatulashvili. The Italian Minister of Equal Opportunities and Family, Ms. Elena Bonetti, intervened through a special video address, while a keynote speech was delivered by Ms. Tamar Dekanosidze, expert of the Council of Europe. 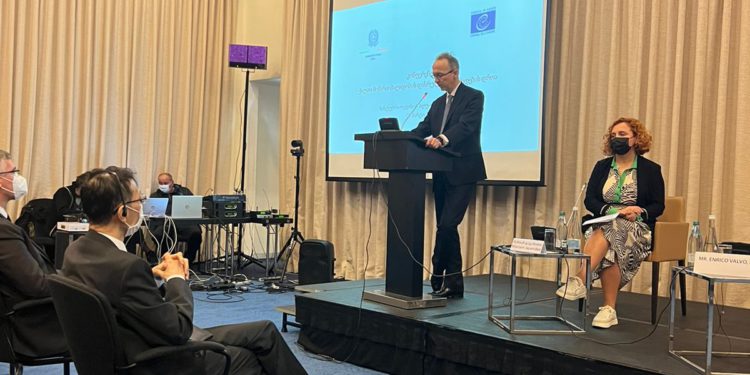 A panel discussion has taken place, moderated by the Georgian member of the Committee on the Elimination of Discrimination against Women (CEDAW), Ms. Lia Nadaraia. Among the distinguished panelists, the floor has been given to the Deputy Minister of Internal Affairs of Georgia, Alexander Darakhvelidze, alongside the Head of the Human Rights Department of the General Prosecutor office of Georgia, Salome Shengelia, the Deputy Public Defender of Georgia, Eka Skhiladze and the Head of UN Division in the Ministry of Foreign Affairs, Ms. Nino Shekriladze.

Such discussions have been further enriched by the participation of both local and international representatives of academia, civil society and International Organizations, such as Ms. Cristiana Carletti, full Professor at “Roma 3” University (and advisor to the Italian Department for Equal Opportunities), as well as the Executive Director of the union Sapari Baia Pataraia, and UN Women EVAW Portfolio Manager Irina Japaridze. 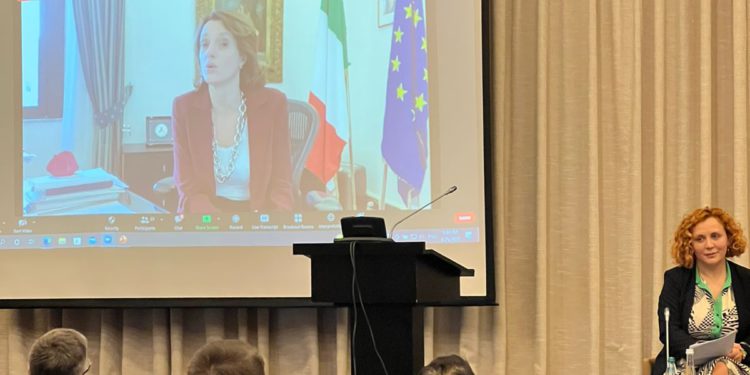 The Council of Europe and Italian experts delivered presentations regarding the European standards and promising practices. The conference ultimately offered a high-level and substantial discussion on the fight against gender-based violence, engaging Georgian authorities, experts, the local diplomatic community, representatives of civil society and the academic world, towards the ending of all forms of violence against women. In order to inform and raise awareness to the fullest extent within the Georgian public, the event, held at Radisson, Tbilisi, has been streamed live on the Italian Embassy’s social media profiles. 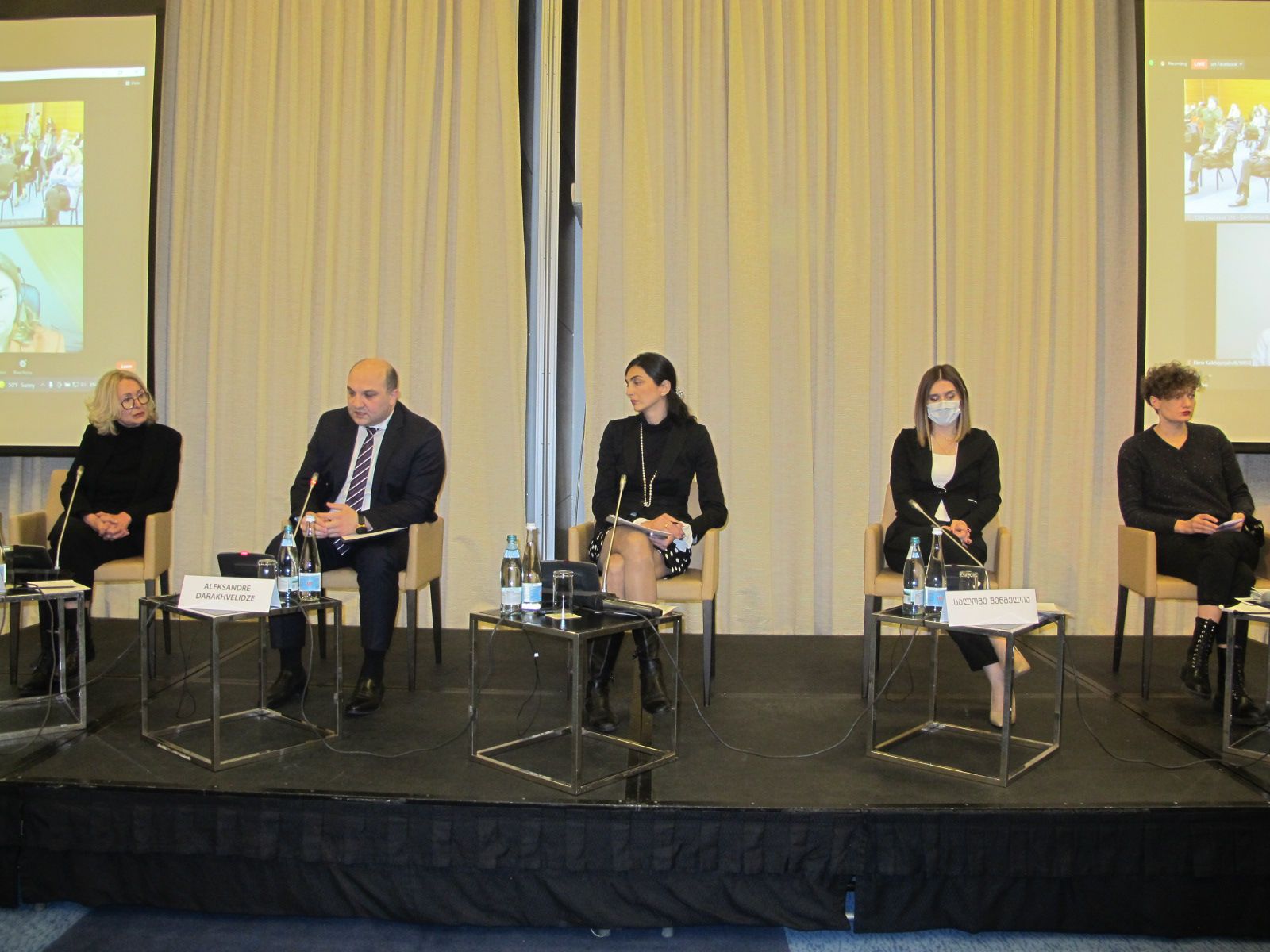 “Having been in this beautiful country for two years already as Ambassador of Italy, I have been personally impressed by how vital the role of women is in the Georgian society, as a true engine for the moral and economic development of the Nation,” stressed the Ambassador. “Such centrality does come by accident, having solid, strong roots. How not to mention the pivotal figure of queen Tamar of whom you can legitimately be proud. And many others could be recalled who ensured, home and abroad, their contributions in the fields of culture, science and economy,” he further indicated, welcoming the progress achieved by Georgia over recent years and inviting Tbilisi’s authorities to keep using this positive momentum to address the remaining challenges.