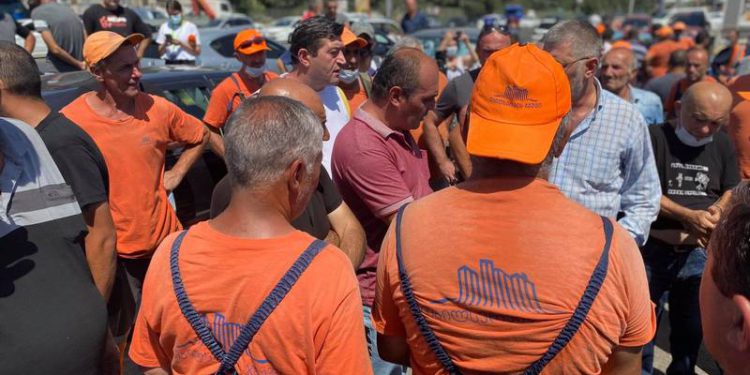 Employees of Tbilservice Group have ceased their strike.

The trade union says the request of the employees was met and their salary will increase from January 1.

However, whether the salary will be increased by 50%, which was demanded by the striking employees, is still unknown.

The employees of the cleaning service applauded the decision and will continue working from today.

The Deputy Mayor of Tbilisi, Ilia Eloshvili, says the strike of some representatives of the Tbilisi Cleaning Service was a “sad misunderstanding.”

Following the August 7 meeting and the end of the strike, Eloshvili said that the salaries of Tbilservice Group employees would be increased, however, the exact amount and date would be specified in the future.

“We have discussed their demands, part of which has already been met, while the process of upgrading the equipment continues. Also, there was a slight delay regarding the uniforms and they will receive the best uniforms in the near future.

“Regarding salaries, we promised them that salaries would increase from January and we are working on that as well. We will fulfill our promise.

“The remaining details are very technical regarding the working schedule, which will be discussed by a working group, as we have always done: we will sit down, discuss and decide which of these technical issues is acceptable and which is not acceptable,” he added.

Employees of Tbilservice Group went on strike on August 6, demanding better working conditions and an increase in salaries.

Related Story: ‘Kaladze, Get Out of your Ferrari’ – Cleaning & Waste Management Service Workers Go on Strike