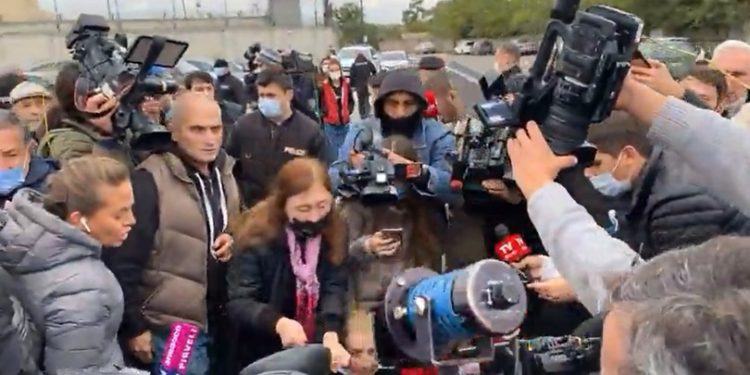 Clashes took place between activists and law enforcers near the Rustavi prison, where civil activists wrote on the prison walls – “Freedom to Misha!”.

Activists demand the release of Former President Mikheil Saakashvili, claiming that he is a political prisoner of the regime.

One of the protesters, UNM member Zviad Kuprava, has been arrested.

Kuprava tried to make an inscription on the wall: “Freedom to Misha”, which was not allowed by the law enforcers and he was arrested for disobedience.

Mikheil Saakashvili has been on hunger strike for 8 days now as a form of protest. As his lawyer said today, he lost 12 kilograms as a result of hunger.