City Hall Publishes a Statement on the Landslide Risk 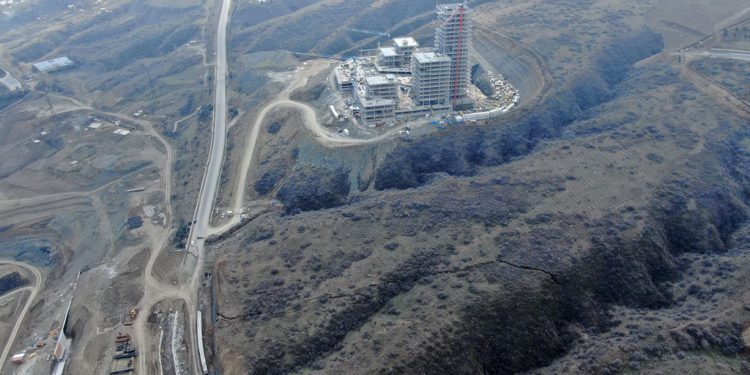 Tbilisi City Hall has released a statement on the landslide risk identified today in the area adjacent to Machavariani Street.

The statement responds to the rumors that were spread that an evacuation of citizens was planned from the area around Machavariani due to the risk of a landslide . City Hall stated that this is a lie and serves to spread panic in the community.

“A special working group has been set up to monitor the landslide process on a regular basis, and from next week, foreign experts will be involved in the study.

“Full information is being promptly provided to the public at each stage of the research and monitoring. Appropriate measures will be taken in the coming days to ensure the timely resumption of two-way traffic and safe movement.

“We call on the media to refrain from spreading unverified information and in all cases apply to Tbilisi City Hall,” the statement reads.