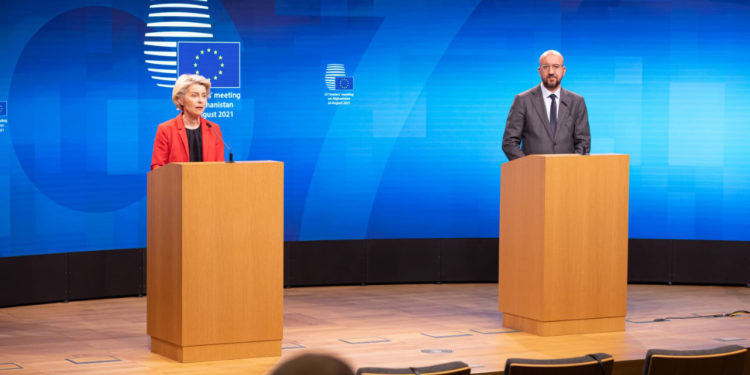 Their joint statement says such use of force and coercion “has no place in the 21st century.”

“President Michel of the European Council has urgently convened an extraordinary meeting of the European Council,” reads the statement. “The EU leaders will meet later today to discuss the crisis and further restrictive measures that will impose massive and severe consequences on Russia for its action, in close coordination with our transatlantic partners. President von der Leyen will outline a further sanctions package being finalized by the European Commission and which the Council will swiftly adopt.

“We deplore the loss of life and humanitarian suffering. The EU and its Member States are ready to urgently provide humanitarian emergency response. We call on Russia and Russia-backed armed formations to respect international humanitarian law.

“The EU stands firmly by Ukraine and its people as they face this unparalleled crisis. The EU will provide further political, financial and humanitarian assistance.

“We are coordinating our response with our international partners, including NATO and G7 whose leaders will meet today.”