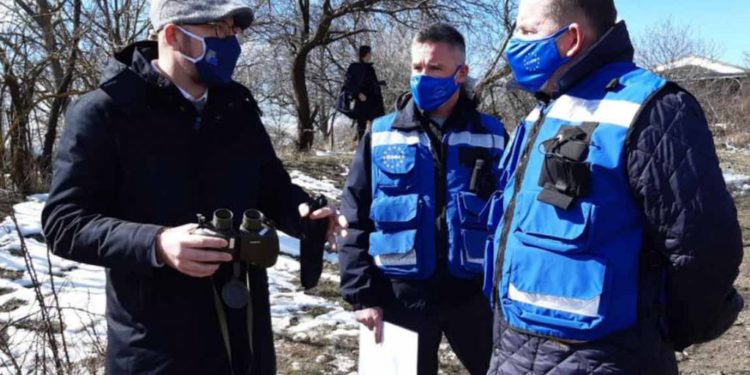 European Council President Charles Michel, who is paying a working meeting to Georgia, and the EU Monitoring Mission today arrived in the village of Khurvaleti, bordering the occupation line with the Tskhinvali region.

Charles Michel got acquainted with the situation on the ground.

He emphasized that the European Union is committed to Georgia’s sovereignty and territorial integrity.

“It is very important for me to see the situation on the ground with my own eyes. That is why I am here. You know that the EU is committed to Georgia’s sovereignty and territorial integrity. It is also very important for the EUMM. We know that the situation is complex and difficult for the local people. I would like to tell the local people: you are not alone. The EU is committed to peace, stability and security,” he said.

He noted that it is very important to strengthen ties between Georgia and Europe.

“I had the opportunity to meet with the President and the Prime Minister this morning. Later today, I will have official meetings with other political players. It is very important for us to strengthen the ties between Georgia and Europe. At the same time, it is important to implement the reforms that are needed not for Europe, but for the people of Georgia – the rule of law, the fight against corruption. It is also important to develop ambitious economic programs. COVID-19 is a big challenge in Georgia, Europe and all over the world. We will work to be able to develop a recovery strategy that is important to the people. My visit today is an opportunity to express European support for stability and security,” said Charles Michel.