Changing of the Guard: Svaneti 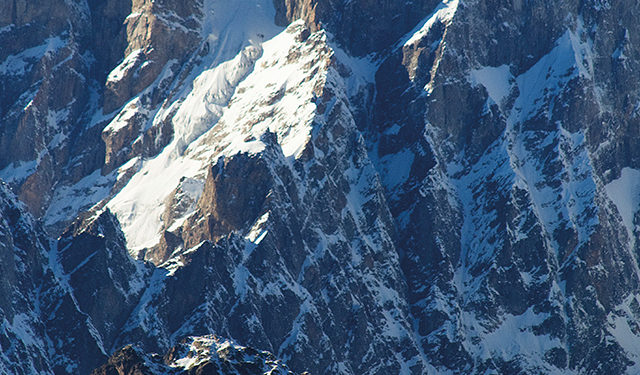 Water is currently running better in the village, as leaf-fall with its pipe-blockages is slowing. This means that…

Autumn is indeed giving way to winter, but not in a smooth process; there is some back and forth. Apparently, one thing which will signal the “arrival to stay” of the latter is the complete or near complete shedding of leaves on the very tall, thin trees which grace our village here and there. This process has begun, but is not yet over. Soon, though.

However, the best of the fall colors ON the trees, the reds and oranges, have already alighted on earth, leaving the yellows and the evergreens, the former to follow them soon, the latter never. I am still processing what few autumn photographs I was able to get this season.

Although much of my landscape photography (especially that of my main local muse, Mt. Ushba) is now trending towards only black and white, autumn is one season when colors dominate, as indeed they should. So I am processing my images sometimes in both versions. A real challenge is to capture autumn without the colors at all, though, and I am considering how best to do this.

The really dazzling moments in this between-seasons time are when snow falls right on the still-leafed trees, and their colors blaze through the white. They might fall all the faster with the colder weather, but if there is no wind, as has been the case, they can also stay in place longer than one would expect. Or, if a layer of snow falls and immediately below it in altitude the autumn hues remain, you have not a mix of seasons in one place, but a stripe of one above the other.

Nights have been cold, down to -12 or so, but days sunny for the most part, so the ground is not yet staying frozen from the night before, at least where the sun hits it. Because it is still warm, the thin snow can melt quicker, while the high albedo (reflectivity) of the white will also bounce back some of the sun’s rays. But currently conditions are such that autumn is winning this battle. Not for long.

Eventually, there will come a snowfall thick enough and late enough to cool the ground further. This one won’t melt before the next one comes, and suddenly everything changes. Albedo goes up, the sun’s angle is weakened anyway, temperatures fall, and the ground, inch by inch, will freeze under its white blanket. Landscapes seem to be left nearly quite colorless anyway, the near-black trees and rocks against the pure white, and I hardly notice the difference when I discard hues for monotones in processing my photographs. Winter is here.

For a while, you can have the situation of all leaves fallen and no snow. I call this the deadest period, when things here just look sad. As was exclaimed in The Lion, the Witch and the Wardrobe by C.S. Lewis, a time of always winter, never Christmas, is not a happy one. The deep snow, when it comes, forgives all this darkness and starkness with its contrast, and transforms it all into fairy tales.

But only for a while. Spring too must come, when the world wakes up and dances in greens and all the flower colors, and all new life comes into the world. To this we can look forward while we add layers of clothing, turn up the heat, light the wood stove, and generally batten down.
And…as always at the moment, in Georgia’s current political season, #mishavs means: It matters to me”!