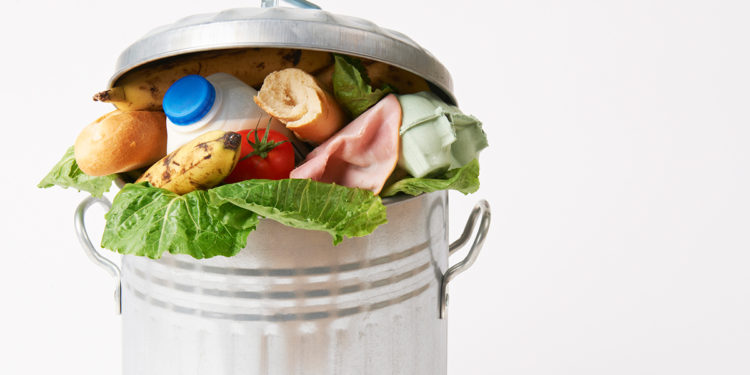 “In Georgia, over 40% of waste is organic waste”

When throwing out the leftovers of your meal, there is always a hesitation caused by the thought that someone, somewhere, is craving the food you are about to discard. However, the data, especially in the light of the pandemic, shows that food waste is a much bigger problem globally than it is a mere moral issue.

As a result of the pandemic, the poverty levels are expected to rise to up to 125 million, and 2020 marks the most severe increase in global food insecurity, impacting vulnerable households in almost every country. This is happening while we are already wasting about a third of the perfectly edible food produced each year. Food waste is caused by overproduction, spoilage, and overbuying, among other reasons, and it is one of the biggest contributors to climate change, accounting for 8% of the Greenhouse Gas emissions, according to FAO’s (Food and Agriculture Organization) 2015 study.

In Georgia in particular, over 40% of waste is organic waste, a large portion of that being food. This is according to the morphological studies of landfills in Georgia conducted by CENN in 2016 and 2018. Food waste holds the largest portion of waste in landfills and dumpsites throughout the country, contributing to a significant amount of GHG emissions.

Unlike many other countries across Europe and the West, Georgia does not have food banks, nor does it have a legal framework to incentivize food donations for recovery and redistribution of food to the vulnerable groups. This is evident most in the case of business taxes: businesses still have to pay profit tax (15%) and VAT (18%) on donated products. There is an exemption of corporate profit tax, if donating to charitable organizations, which is valid if the total deductible amount does not exceed 10% of the net profit made by the organization during the preceding calendar year.

For this reason, quite a high amount of food waste is being generated, instead of it being redistributed to those who need it most.

This level of inefficiency in our food systems has significant negative environmental, social and economic implications. What worsens the situation is the rise of poverty due to the global pandemic. It is in this vast exasperation that CENN, with the support of the British Embassy, is kicking off a new project Sustainable Food Systems for Climate Resilience, which will also launch the ‘Say No to Food Waste’ campaign.

The project will contribute to the reduction of the country’s GHG emissions by initiating dialogues between private and public sectors and as a result advocating relevant policy changes at the governmental level. For this reason, CENN is putting together a Food Waste Working Group comprised of key actors in the food industry affected by this issue.

Starting this month, CENN launches the ‘Say No to Food Waste’ media campaign to urge people change their behavior and consume more responsibly to reduce food waste. The ‘Say No to Food Waste’ campaign strives to achieve an “awakened” culture, the members of which will act more responsibly in support of their own surroundings. GEORGIA TODAY, ever eager to support a good cause, is one of CENN campaign’s media partners.

Presently, one third of the fruits and vegetables globally do not make it to our grocery store shelves because they are rejected to avoid consumer complaints of a bad quality or unattractive product. It takes 50 liters of water to produce one orange. More than 820 million people go hungry every day, and climate change is increasingly harming agriculture. Saving ugly fruit and vegetables isn’t just a question of ethics, it is a question of resources. Remember that looks don’t matter… Not wasting food does.