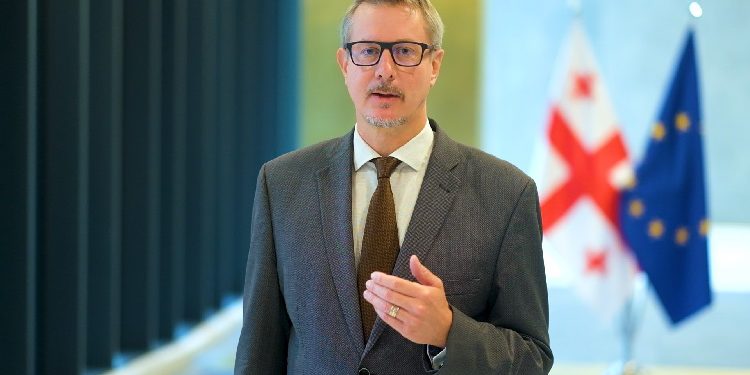 EU Ambassador to Georgia Carl Hartzell has released a statement in connection with the death of TV Pirveli cameraman Lekso Lashkarava.

“Today I learned with heartache about the tragic death of TV cameraman Lekso Lashkarava. My deepest condolences go out to his family, friends and colleagues. Mr. Lekso Lashkarava was severely beaten as he was covering the violence that took place in Tbilisi around the Pride events on 5 July. While still awaiting the results of the investigation into the cause of his death, let me reiterate the EU’s strong condemnation of all violence and our staunch and unwavering support to the freedom of media and assembly,” the Ambassador stated.

The Ministry of Internal Affairs launched an investigation regarding the death of Lekso Lashkarava under Article 115 of the Criminal Code of Georgia. A relevant forensic medical examination was also conducted, however, the results are unknown at this stage.