Can Georgia’s Khachapuri Cheese Bread Become the Next Pizza? 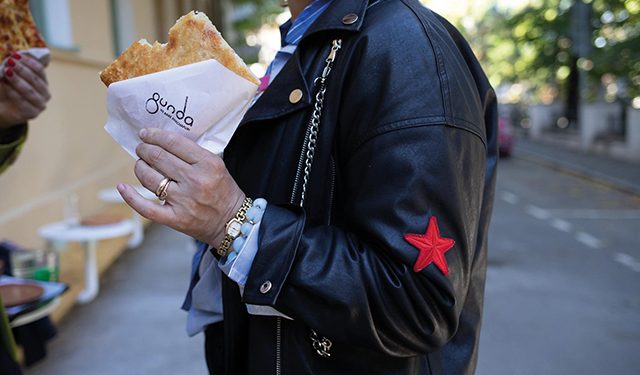 If there’s one thing food lovers know about the Black Sea country of Georgia, it’s that they are the creators of khachapuri. The fantastical melted-cheese-and-egg-filled bread, invariably served outside Georgia in a style best described as a cheese boat, has captivated international social media for years.
In Georgia, it’s almost impossible to find a restaurant, café or roadside eating establishment that does not serve the national dish, beloved by locals and the first thing ordered by most tourists who visit the country.

The pastry, which comes in different forms, but which is often stuffed with cow’s milk cheese and that sunny-looking fresh egg yolk, is made to order and served hot, to be eaten with a knife and fork sitting down at the table. In 2019, it was listed as “culturally intangible” by the Georgian National Agency for Cultural Heritage Preservation.

The dish is so popular that even the local International School of Economics at TSU (ISET) tracks the “Khachapuri Index” of inflation using a basket based on the dish’s ingredients: flour, cheese, yeast, milk, eggs, butter. (In November, it rose an eye-opening 27.3% year-on-year; the cost of flour increased almost 20%, and cheese was up over 35%.)

Now, the Georgian centerpiece is getting a significant modern update. Gunda, a new bakery and cafe in Tbilisi, is changing the dish’s fundamental concept by turning it into fast food. They are doing this while also working around the constraints of the Ukraine war by sourcing non-Russian flour. Gunda, which means “ball of fluffy dough,” is located in the historic section of Tbilisi, behind a pair of eye-catching mint-green ornamental doors at the top of an ancient, cobbled hill. The bakery’s interior is a mix of vintage and modern European touches, with velvet benches and an antique-styled brick oven alongside a modern coffee machine and open kitchen to watch the chefs in action. The bakery serves mini desserts including dry-fruit and nut truffles. But Gunda’s slogan is “we bake khachapuri” and that’s their main business. They also sell khachapuri-themed memorabilia such as printed hats and cups, and souvenirs shaped like the stuffed bread. Customers can also buy the flour, pre-measured, to make the dish at home. Gunda is even collecting signatures to petition UNESCO to place khachapuri on its own list of cultural intangibles, like baguettes have been in France. 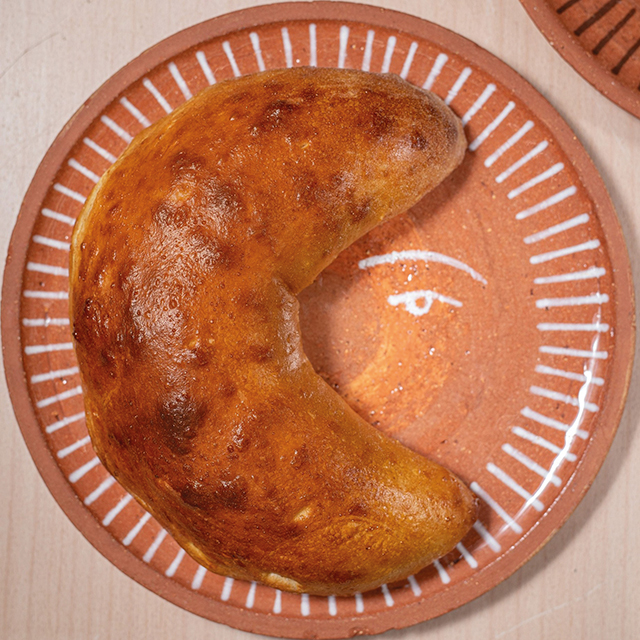 Khachapuri is a dish that has been made and served to Georgians for centuries. Though the first mention of the word came from the Italian missionary Arcangelo Lamberti on a visit to Georgia in the 17th century, the dish probably dates back to when the Roman soldiers passed through the Black Sea and brought with them their version of tomato-less pizza.

In 2017, the team behind Gunda, Lali Papashvili, Levan Qoqiashvili, Nana Dolidze and Inga Kvernadze, saw an opportunity to break with tradition and modernize khachapuri for today’s fast-casual life. They got the idea for the place after a visit to Naples, where lines at a local pizza place were more than an hour long. A separate trip to Vienna, where the classic Austrian dessert sacher torte was readily boxed up, further inspired the team.

“I stood there with the sacher torte and thought in my mind of the heritage and tradition in a box that I could take with me,” says Dolidze.

In October 2022, the team opened Gunda, featuring khachapuri to go. They served their specialty in custom-designed boxes, and, even more radically, in single triangular slices, in paper holders. The most popular varieties like Megruli (topped with melted cheese), Imeruli (stuffed with cheese) and Meshkhuri (puff pastry based) are flat and kept warm at the counter, available for immediate take away, whole or by the slice. The more recognizable cheese-and-egg filled boats are baked to order in 15 minutes to eat in house or for delivery. The place was an instant hit. Currently, Gunda sells around 100 khachapuris a day and intend to triple output in the next few months. Prices start at $3 per slice. The bakery also offers larger portion sizes, geared towards groups of sightseeing tourists and locals to take home or consume outside on small benches overlooking the historic park. The bakery plans to expand to New York City, and then to globally grow its concept of khachapuri.

Unlike most commercially made khachapuri, these are not made from industrial flour or cheeses; all the ingredients are sourced from an organic farm. This bit of nationalism comes in the midst of the economic turmoil when the Georgian market had become heavily dependent on imported Russian wheat.

“Why should we use Russian wheat and not revive what Georgians farmers did best?” asks Papashvili. On the door of the bakery is a small note that says that anyone who believes that Ukraine’s fight for freedom is unjust, or that Vladimir Putin is right, is not welcome inside.

In researching the dish, the Gunda team discovered 47 khachapuri varieties, with fillings ranging from meat to lentils, and as well as ones made from cheese-topped puff pastry and flat round ones with varied fillings that resemble a topping-less flatbread.

So far, Gunda offers 41 varieties of khachapuri. The best are the Imeruli and Megruli versions. I say this as something of an expert; I come from Imereti, the home of khachapuri. And here’s a tip for fans of the “next day” pizza: Leftover slices of khachapuri are excellent reheated in a frying pan.

By Helena Bedwell for Bloomberg