Building a Lasting Peace in the South Caucasus 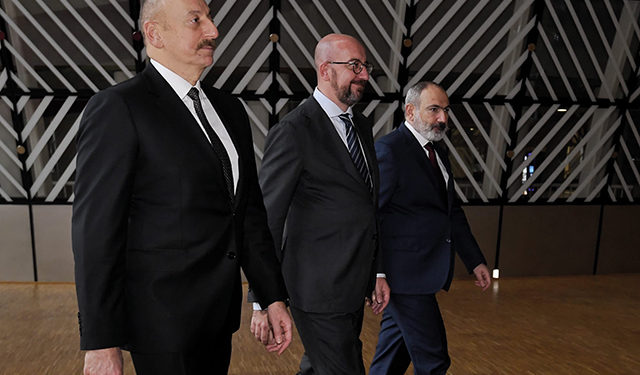 Two major interrelated developments are taking place in the region, largely overshadowed by the war in Ukraine. First is a possible Armenian-Azerbaijani rapprochement and the second a potential Armenian-Turkish breakthrough.

On May 22, Armenian and Azerbaijani politicians gathered in Brussels to discuss the peace process, which was facilitated by European Council President Charles Michel. The timely implementation of some of the items agreed upon by President Aliyev and Prime Minister Pashinyan at their meeting in Brussels suggests that substantial progress is being made.

First, after extensive negotiations, the two nations agreed on transit lines, including the Zangezur corridor. Another important outcome of the Brussels meeting was the process of delimitation and delineation of boundaries. Both President Aliyev and Armenian Prime Minister Nikol Pashinyan declared their willingness to organize an international committee to deal with the issue. The commission on the state boundary between Armenia and Azerbaijan met the next day (May 24) and started work.

What is more critical is that the Brussels summit is yet another indication of changing EU involvement in the South Caucasus. Ever since the end of the 2020 Nagorno-Karabakh War, the consensus has been prevalent that the West has been distancing itself from the region. Russia was a dominant power not only militarily, but politically too, largely dictating the diplomatic game between Armenia and Azerbaijan and suspected of unwillingness to see real progress.

Now this is changing. The representatives of the two South Caucasian countries have only met through the EU’s mediation since the beginning of this year, while the only Russia-mediated meeting, that of the foreign ministers on May 12, took place on the sidelines of another major event and produced no new information in the negotiations. Russian politicians have angrily noted the EU involvement, while the FM spokesperson has even accused Brussels of interference in the peace process.

While Russia still retains a powerful position in the region, it does so mainly through military means. Few, if any, truly believe that Moscow is seriously intent on helping the peace process as the latter involves opening the region up, which would likely diminish Russian influence – diversification means diminution of Russian power. There are indications that Baku and Yerevan could now be more eagerly looking at the EU as a honest broker.

To this should be added sentiments in Armenia and Azerbaijan. It has become clear to many in Armenia that a certain document needs to be signed with Azerbaijan, which will ideally end the war between the two states. Whether that will be a definitive peace deal is difficult to say, but some hints in the rhetoric of the Armenian government indicates a shift in thinking. Many observers, including myself, believe that Yerevan might be agreeing to seeing Nagorno-Karabakh within the borders of Azerbaijan in exchange for cultural rights. This is what stirred protests in Armenia that complicate the situation for Pashinyan’s government. But it is also likely that he will weather the storm – large parts of the Armenian public are unwilling to see the return of the old guard.

Russia’s brutal invasion of Ukraine and the slow progress it sees in Donbas is both a danger and an opportunity for the South Caucasus and Armenia-Azerbaijan relations. It is a danger because of the potential military escalation; an opportunity because Russia is not entirely interested in being an honest peace-maker. And this is where the EU made significant progress through hosting that series of Armenia-Azerbaijan summits. Russia is worried not to lose the initiative, but it could also stir things up militarily to advance its interests. Overall, Russia’s position in the South Caucasus is unenviable. Moscow sees that the only way to dominate the space is through the military means. It is a weak tool, because once you are weak inside, all your military bases abroad might swiftly lose their relevance.