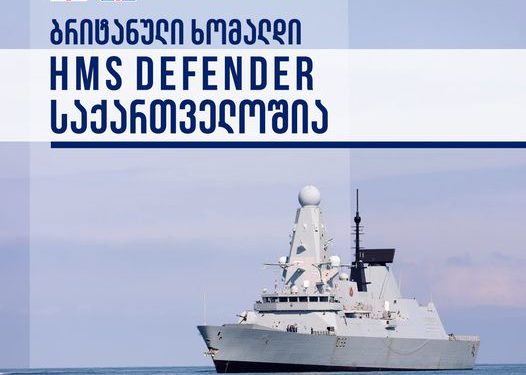 The Georgian government has announced that the British ship HMS DEFENDER is in Georgia.

HMS DEFENDER (D36), one of the most powerful air defense destroyers in the United Kingdom of Great Britain and Northern Ireland, is in Georgia for the first time.

The purpose of the noted port visit is to demonstrate the close cooperation between the United Kingdom and Georgia in the field of defense and security.

Joint naval training with the participation of the British ship HMS DEFENDER and Georgian Coast Guard boats will be held in the Black Sea.

The DARING class destroyer is equipped with modern anti-aircraft and anti-ship systems.