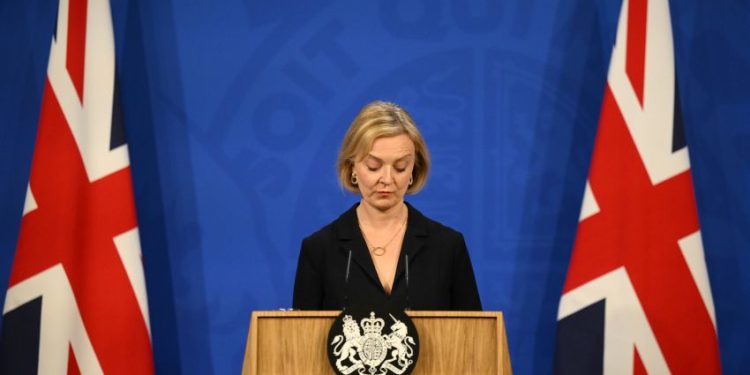 Truss noted she could not deliver the mandate on which she was elected as Tory leader and had notified the King that she was resigning.

“I will remain as prime minister until a successor has been chosen,” she noted.

As BBC reports, Truss’s premiership has been in turmoil since her mini-budget last month, which rocked markets and was later scrapped by her new chancellor.