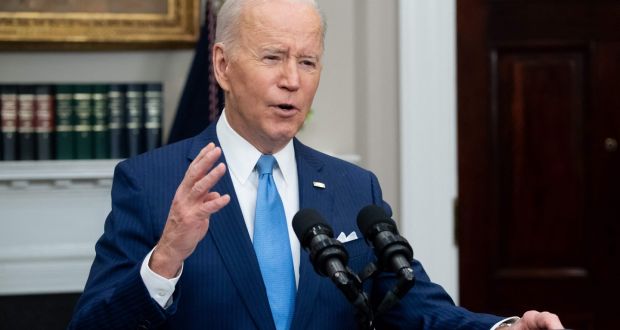 The White House says US president Joe Biden warned Ukraine’s president on Thursday there is a “distinct possibility” Russia could take military action against Ukraine in February.

The Kremlin sounded a similar note, saying it saw “little ground for optimism” in resolving the crisis after the US this week again rejected Russia’s main demands.

The White House said Mr. Biden’s comments to Ukraine’s Volodymyr Zelensky in a phone call amplified concerns that administration officials have been making for some time.

“President Biden said that there is a distinct possibility that the Russians could invade Ukraine in February,” White House National Security Council spokeswoman Emily Horne said.

“He has said this publicly and we have been warning about this for months.”

Mr. Biden warned Mr. Zelensky that the US believed there was a high degree of likelihood Russia could invade when the ground freezes and Russian forces could attack Ukrainian territory from north of Kyiv.