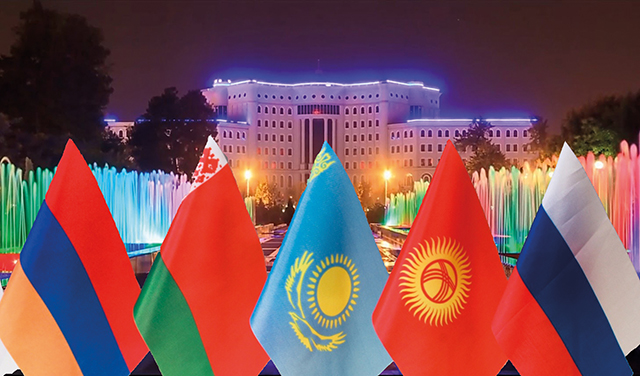 The multipolar world, the pivot to China, the freeing of Russia from a Eurocentric foreign policy, the building of a liberal empire – these are the major foreign policy developments that have characterized Russia’s foreign policy for more than a decade. But contrary to the views of many observers, these grand geopolitical scenarios did not originate in the 2010s. Rather, each of these geopolitical notions was in preparation even well before the 2000s, the product of the collapse of the Soviet order and the ensuing chaos, the rise of China, and an inherent resentment, one that has always existed within the Russian political classes,– toward the Western world order.

Let’s start with multipolarism, which is often cited by the Russian political elite as a solution to the problems where the US has enjoyed primacy over the oceans and the periphery of the Eurasian landmass since the end of the Cold War. The Russian world of the 1990s was shaken to its foundations and submerged in turmoil. Borders diminished, and so did Moscow’s geopolitical influence across Eurasia. NATO/the EU and the US began expanding their military, economic, and technological power across Eastern Europe, gradually moving into Ukraine and the South Caucasus.

In many ways, Russia’s first foreign policy initiatives of a multipolar world, an order in which several powers act simultaneously as global decision makers, evolved as a natural reaction to the challenges Russia faced at the time.

Instrumental to the development of the multipolar world concept was a man often disregarded in geopolitical books on modern Russia: Evgeny Primakov, Russia’s Minister of Foreign Affairs under Boris Yeltsin. Primakov’s reaction to Russia’s inability to hold off the West’s power was to look for powers to balance the West. Thus was born the phrase “strategic triangle”, which consisted of Russia, China, and India. There was no formal agreement coordinating the triangle’s respective strategic views on Eurasia or anything else, but its creation was nevertheless an indicator of a coalescence around different, mostly angry, views about the West-led world order. It was only a matter of time (perhaps even decades) until Moscow pressed to further deepen cooperation with the Asian states to challenge the US.

This is the background to Moscow’s response to tensions with the West. Partly out of necessity and partly out of inevitability, Moscow once again looked east. Putin’s pivot to China is essentially an intensification of what was in place in the 1990s.

The pivot to Asia is inextricably woven into another myth of recent Russian diplomacy: Moscow’s attempts to shake off its Eurocentric approach to foreign affairs. Though this too has been attributed to Putin, it has been evolving since at least the 1990s, when signs of resentment toward successful and wealthy westerners were visible among the increasingly disillusioned Russian political class.

In fact, one can see Russian attempts to “de-Europeanize” their foreign policy even further back than that. The Soviets, with all their ideological approaches to the world, tried to do it, and the Romanovs too, particularly after the Crimean War of 1853-1856, but the latter did not have enough resources and strong Asian countries with which to partner. Moscow’s present “de-Europeanization” of foreign policy should thus be seen as a recurrence of a grand historical cycle of Russian thought.

All these foreign policy moves, old or (as some think) new, are contingent upon the way Russia wants to position itself in Eurasia. A clear decision on the creation of a territorial empire has not been taken, but it is evident that the Russian political elite has not abandoned the idea of empire either. There was a growing push in Russian foreign policy from the late 2000s through the early 2010s to try to build an economic empire that preferably would not involve the military takeover of territory.

While the creation of the Eurasian Economic Union (EEU) took place in 2015, the idea behind the project can be traced back to the 1990s, when the Russian political elites, angry at their poor position vis-à-vis westerners, and fearing the loss of neighboring states to NATO/the EU, discussed ways to reassemble the lost empire. Building a liberal (i.e., non-military) order in the former Soviet space, but one that is nevertheless strongly attached to the Russian heartland, could only happen through economic means: buying up railways, pipelines, gas, water, and electricity distribution systems in Ukraine, the South Caucasus, and Central Asia, and becoming a primary investor in and trade partner of those states.

In a way, the EEU project is a product of those discussions, a seemingly golden mean between a military solution and the complete abandonment of the idea of empire. Moscow’s envisioned liberal empire would be much looser than the Soviet Union was, but would nevertheless be tightly controlled insofar as Moscow would not allow neighboring states to decide on their own which military or economic bloc to choose. In other words, Russia pursues a concept of “limited sovereignty” for its neighborhood.
While many still think that under the present Russian leadership, fundamentally new developments have taken shape in Russia’s foreign policy, there are strong indications that “multipolarism”, the pivot to Asia, the building of a liberal empire, and the end of Russia’s Eurocentric foreign policy, can be traced back at least as far as the 1990s. Putin was the facilitator of geopolitical developments that were developing over decades.